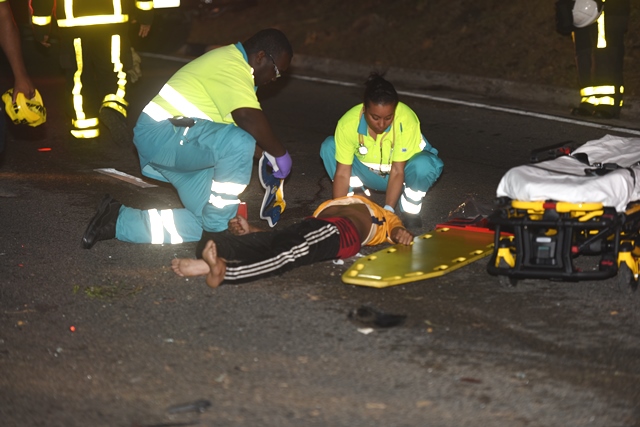 On Sunday, September 3rd at approximately 03.10 a.m. the Emergency Dispatch received a call of a serious accident which took place on the A. J.C. Brouwers road involving one car with license-plate P-258 and which was lying on its side.

The paramedics and Police traffic Department were immediately sent to the scene to investigate. The driver identified as S.R.A. (21) who was treated on the scene by paramedics was pronounced dead on his arrival at the Sint Maarten Medical Center.

The traffic investigation indicated that the victim lost control of the vehicle and then slammed into a light pole causing the vehicle to overturn and throwing him from the vehicle causing his death.

Previous Story:
CAY HILL, Sint Maarten — On Sunday, September 3, around 3:00am, a man who driving an SUV on the A.J.C. Brouwer Road section of Cay Hill, lost control of his steering, slammed into the hill then flipped over twice.

The blue Daihatsu Terios with license plate number P-258 ended up on the other side of the road. The impact was so violent, it threw the driver out of the vehicle, and on to the road.

Ambulance, Police and the Fire department were summoned to the scene. The unidentified driver, who was alone in the car, sustained serious head injuries. Although transported to the St. Maarten Medical Center (SMMC) for further treatment, the man succumbed to his injuries and died later that morning. 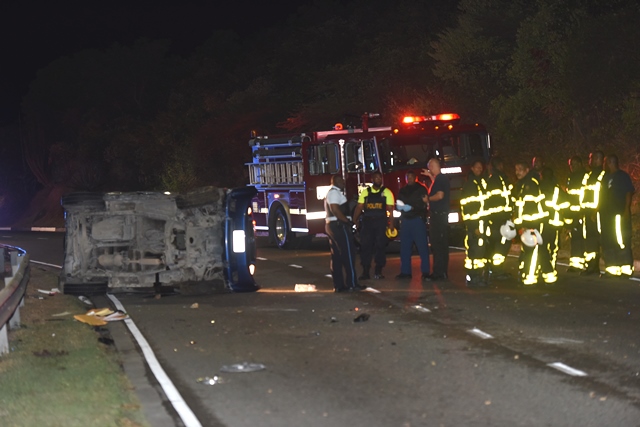 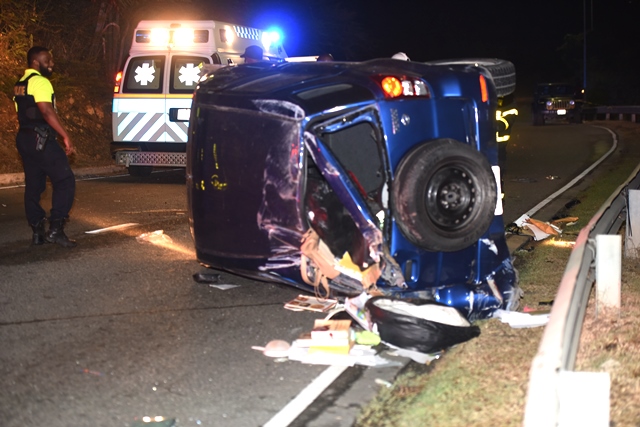