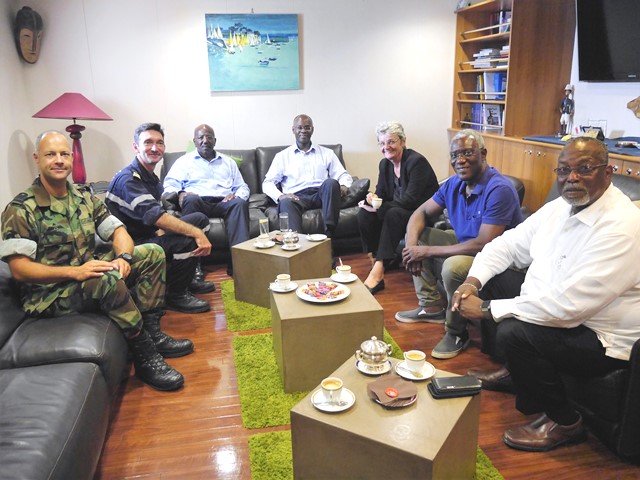 Joining them from the French side were Prefet Anne Laubies and 2nd Vice President of the community, Yawo Nyuiadzi, for a tour of the vessel, that has deployed human and technical resources on Fremch St. Martin since September 23rd.

Based in Toulon, Thunder is a versatile warship of 199 m, it deploys equipment (freight, vehicles, etc.) and human resources (528 soldiers, including 350 engineering) to assist in cleaning up and specializes in giving support to the population after the passing of Hurricane Irma .

Both parties French and Dutch welcome this initiative in the context of cross-border cooperation..