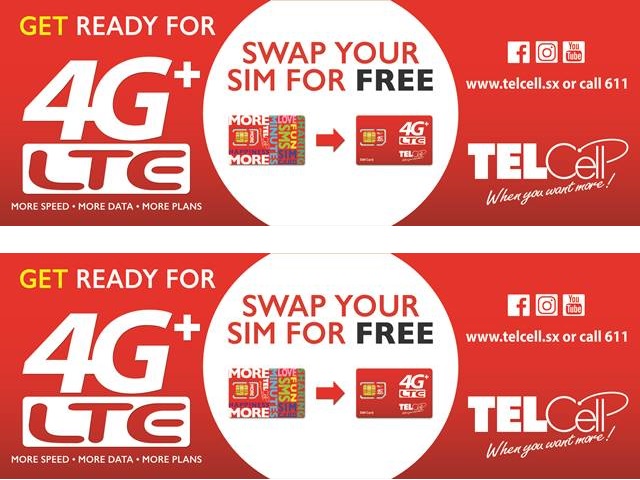 Pond  Island –  TelEm Group’s mobile voice and data provider, TelCell, says its campaign to get customers to swap their current sim card for a spanking new LTE/4G Sim card, in preparation for the company’s upcoming LTE/4G network launch, is a big hit.

According to promotion organizers, customers are coming in daily to swap their sim cards and seem very excited about the promised improvements the new network will bring – especially when it comes to their use of data.

TelEm Group Manager, Marketing & Sales, Grisha Marten, says a quick tally of customers already visiting the TelEm Group main building to swap their sim cards shows a “steady stream” for customers who have responded to advertisements in the print media and online about the promotion.

“Our customers are really excited about being amongst the first to use the LTE/4G platform and many are coming in thinking that they will be on the 4G network as soon as they change their chip, which is not the case,” said the Manager marketing & Sales.

She said the Sim-Swap is only to give customers the opportunity to get their new sim card early, and avoid a rush when it is officially announced that the LTE/4G network is activated.

“For now we are asking customers who have swapped their sim card to stand by for further instructions and a specific date from us, when they will be able to switch over to LTE/4G use. Meantime they can continue to use the 2G/3G network as normal, in the knowledge that they are ready to go with our LTE/4G network,” continued Ms. Marten.

The Manager Marketing & Sales has some additional advice for customers coming in to swap their current sim card to the new LTE/4G sim card – “back up the data from your old sim card first before coming in to make the change,” is her advice.

“Anything can happen in the process of changing to the new sim-card, so just as a precautionary measure, please back-up your old sim card in the event to may need to restore your data and information,” said Ms. Marten.

She said TelCell will soon be starting a campaign to make data users more aware of their data use now and once they are on the new LTE/4G network.

“Due to our customers concerns about their quick depletion of their data wallets TelEm will soon release new data packages which will improve the customer’s data usage experience,” explained Ms. Marten.

She said TelCell is working on some new data packages to provide special buckets of data that customers can subscribe to depending on their usage.

“We plan to have something for everyone and to make it as affordable as we possibly can,” said Ms. Marten.

She said customers can be assured that TelCell is listening to their concerns and is busy addressing those concerns, but in the meantime, customers are asked to be patient and look out for some good things ahead for them.