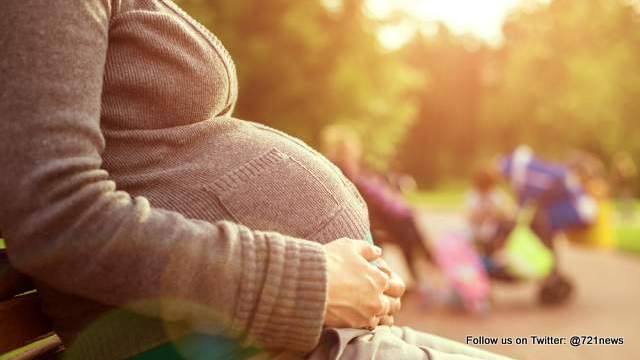 The series of interventions seek to reduce the number of children born with HIV, syphilis, Chagas disease, or hepatitis B in Latin America and the Caribbean

Washington, D.C., 10 August 2017 (PAHO/WHO) — Every year, an estimated 2,100 children in Latin America and the Caribbean are born with HIV or contract it from their mothers; 22,400 are infected with syphilis; some 9,000 are born with Chagas disease; and 6,000 contract the hepatitis B virus. If not detected and treated in time, these infections can cause miscarriages, congenital malformations, neurological and heart problems, cirrhosis, liver cancer, and in some cases, even death.

To end mother-to-child transmission of these four diseases by 2020, the Pan American Health Organization (PAHO) has launched the Framework for elimination of mother-to-child transmission of HIV, syphilis, hepatitis B and Chagas (EMTCT-PLUS), a roadmap with strategies and interventions that target women before and during pregnancy, as well as new mothers and their babies.

“The new framework is an opportunity to integrate and redouble efforts to diagnose and treat pregnant women during prenatal check-ups to prevent miscarriages, fetal malformations, and deaths from syphilis and to keep children from being infected with diseases such as HIV, hepatitis B, or Chagas disease, with serious long-term health consequences,” said Suzanne Serruya, director of PAHO’s Latin American Center for Perinatology (CLAP).

Since 2010, Latin American and Caribbean countries have been working to eliminate mother-to-child transmission of HIV and syphilis as public health problems through the Strategy and Plan of Action for Elimination of Mother-to-child Transmission (EMTCT) of HIV and Congenital Syphilis, coordinated by PAHO. Since then, the countries have managed to reduce new infections in children by 55%, from 4,700 to 2,100 between 2010 and 2015, preventing some 28,000 children from being infected with HIV.

Building on the success of this initiative, PAHO created the EMTCT-PLUS framework, which integrates efforts to end mother‑to‑child transmission of Chagas disease and hepatitis B into the well-established platform.

To reduce mother-to-child transmission of these four diseases to a minimum, the PAHO initiative proposes universal screening of all pregnant women, a policy that every country in the Region and the world has adopted for the diagnosis of HIV and syphilis though not yet for Chagas disease and hepatitis B.

As of 2016, the 51 countries and territories in the Americas had included hepatitis B in their official vaccination schedules, with a dose of the vaccine administered at 2, 4, and 6 months of age. Furthermore, 21 countries (whose populations account for 90% of the Region’s live birth cohort) have included a dose of the hepatitis B vaccine for newborns in their vaccination schedules. Regional vaccination coverage of the three-dose series is estimated at 89%, and coverage of the dose for newborns, at 75%. The success of vaccination programs in the Americas suggests that the elimination of perinatal and early childhood transmission of hepatitis B is feasible. However, access must be expanded to ensure that the vaccine reaches at least 95% of children, beginning with a dose for newborns in first 24 hours of life.

Up to now, the fight against Chagas disease has focused on vector control, environmental clean-up, and the screening of blood for transfusions. However, the next step toward eliminating this disease as a public health problem is to focus on preventing mother-to-child transmission, which currently accounts for roughly one‑third of new infections. An estimated 1.12 million women of reproductive age in the Region are infected with T. cruzi, the parasite that causes the disease. The EMTCT-PLUS framework urges that all pregnant women be screened, and that the babies of those who test positive be tested and treated, as well as mothers after delivery.

“We want the next generation to be free not only of HIV and syphilis but of Chagas disease and hepatitis B as well,” said Marcos Espinal, director of PAHO’s Department of Communicable Diseases and Health Analysis. “We have cost‑effective tools for preventing children from being infected by their mothers, but we need these measures to reach everyone who needs them.”