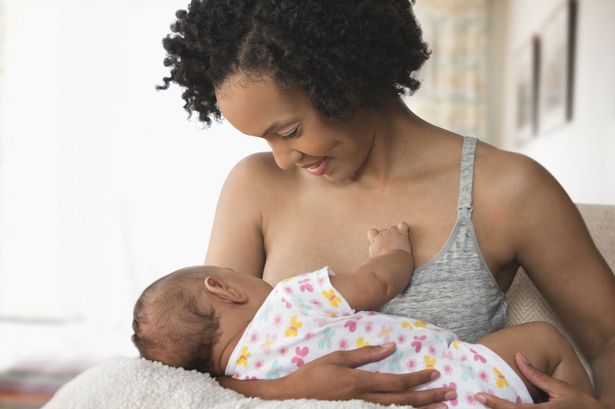 GREAT BAY, Sint Maarten (DCOMM) – A Collective Prevention Services (CPS) Breastfeeding Café is scheduled for Wednesday, August 2 at the Baby Wellness Clinic which is located behind the Guardian Group Insurances Building across the street from Le Grand Marche on Bush Road.

Registration starts at 5.45pm followed by an information session from 6.00pm to 8.00pm.  Light snacks will be served.  Parents and expectant parents are invited lounge in a relaxed atmosphere where both mothers and fathers can receive information surrounding breastfeeding and safety tips to use at home.

This is one of several activities that have been organized to recognize World Breastfeeding Week which is celebrated the first week in August (August 1-7).  The theme is: “Sustaining Breastfeeding Together.”

Children who were breastfed are healthier and learn better, according to research that suggests breastfeeding may contribute to aspects of sustainable development, according to information from the Pan American Health Organization (PAHO), the CPS, an executing department of the Ministry of Public Health, Social Development and Labour, the Department of Labour said on Tuesday.

CPS started with a Breastfeeding Photo Contest in July which concludes on August 7; some of the other activities planned for the month of August is a Story Time for toddlers and parents; meetings with stakeholders; and Radio interviews.

“Breastfeeding gives children the best start in life, as breast milk provides immunological protection and critical nutrients for brain development. These benefits hold true for all children, whether they’re born in high- or low-income countries or to families that are rich or poor,” said Dr Carissa Etienne, Director of PAHO. “It is in everyone’s interest—babies, mothers, and all of society—to promote breastfeeding.”

Breastfeeding contributes to achieving the Sustainable Development Goals (SDGs), approved by the United Nations in September 2015 as a global agenda for action to end poverty, fight inequality and tackle climate change by 2030.

Breastfeeding contributes to SDG 2, “End hunger,” as breast milk provides all the energy and nutrients a baby needs for the first six months of life and a substantial portion through the second year. It can help prevent hunger and undernutrition in young children and obesity later in life.

Breastfeeding also contributes directly to SDG 3, “Good health and well-being,” because breastfeeding significantly improves the health and survival of both babies and mothers. Studies show, for example, that globally:

Improving breastfeeding practices could save over 820,000 lives a year, 87% of them infants under six months of age.

Nearly half of diarrheal episodes and one-third of respiratory infections would be prevented with improved breastfeeding.

Breastfeeding contributes to improved mental and cognitive development, which promotes learning and prepares children for school. In Brazil, children who were breastfed for 12 months or more stayed in school nearly one year longer compared with those who were breastfed less.