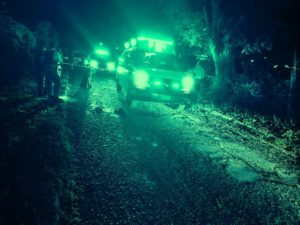 PHILIPSBURG, Sint Maarten — Detectives are presently investigating the fatal stabbing of a man which took place on Thursday July 20th at approximately 11.30 p.m. on Diamond Hill road in Cole Bay.

The stabbing took place during a major brawl between two groups of men during which weapons were used. Immediately after receiving the first call the Emergency Dispatch Center sent several police patrols, detectives and paramedics to the scene to investigate what had taken place.

According to the reports the brawl was a result of an argument these men had with each other earlier in the evening at the gasoline station on Bush road which turned into a physical confrontation.

The dispute continued later between these two groups and weapons were used. During the brawl G.A.S. (23), S.D.R. (24) and K.A.C. (22) suffered serious stab wounds. All three victims were rushed to the Sint Maarten Medical Center for medical treatment but the victim G.A.S. died from the wounds he sustained.

The crime scene was immediately cordoned off in order for the Forensic department to collect evidence. The body of G.A.S. was confiscated for further investigation. The reason why this incident took place and who is responsible for stabbing is still unknown.

On Friday July 21st three suspects in this case with initials I.A.W. (23), J.E.N.S. (23) and A.A.L. (20) voluntarily turned themselves in at the Police headquarters in Philipsburg. The suspects arrived in the accompanied by their mothers and lawyers.

The suspects were immediately arrested by orders of the public prosecutor. House searches were done and items related to this incident were found and confiscated.

All three suspects were placed in custody for further investigation. 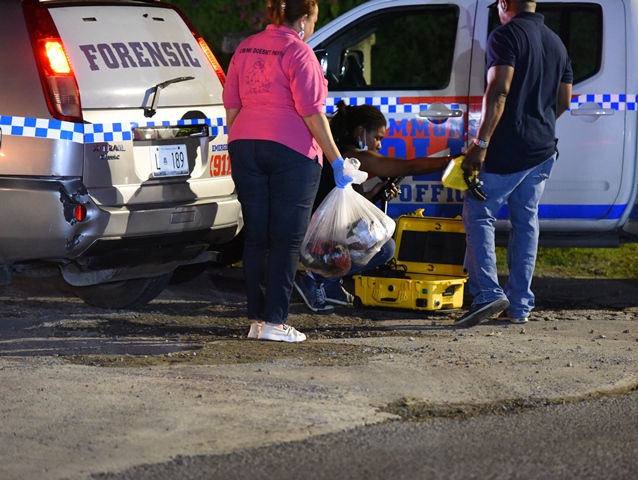 DIAMOND HILL ESTATE, St. Maarten – Two groups of young men clashed, in an encounter, around 10:00pm at the Bush Road gas station, which resulted in a fight breaking out. Persons at the gas station called police, but police did not arrive in time, and the two groups split up and left the location.

A chase ensued, which led the two groups to Cole Bay at the entrance of Diamond Estate. The two groups came out of the cars they were in and the fight started again. According to sources, the largest group overpowered the smaller one, and 3 people were injured. One was injured severely after he received multiple stab wounds.

The ambulance arrived and transported them to the St. Maarten Medical Center (SMMC) where the victim with the most serious injuries lost his life. On Facebook, his friends identified him as Gary Zorilla from Bush Road.

Police and detectives are busy investigating this new murder case. So far, no one has been arrested for this crime.

721news was LIVE at the crime scene.