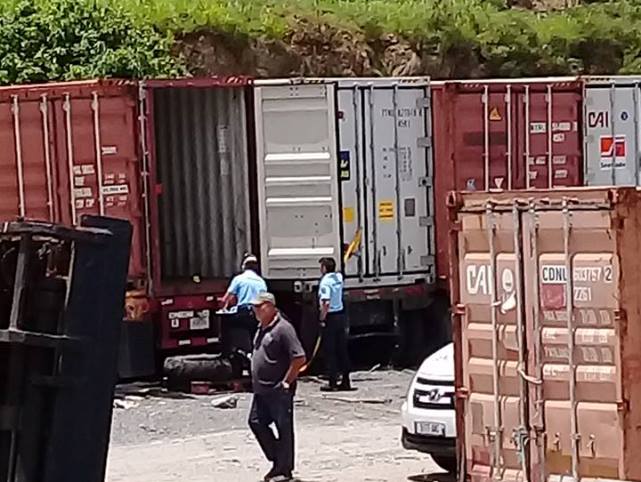 GALISBAY, Saint Martin – The gendarmes of Saint Martin intervened today, Wednesday, July 5, in the port of Galisbay where a dead body was found around 12:30pm in a container.

The container, which could not be opened from the inside, was not padlocked on the outside, said the Prosecutor of Saint Martin in a press release.

“The forensic pathologist and the criminal identification technicians made the initial findings, but the state of advanced decomposition of the body does not allow for the moment to identify it,” the release continued. “This container had been left empty in the carport inside the port since last January, after being disembarked and emptied of its load on the Dutch side of the island,” said the Deputy Prosecutor.

The area was cordoned off for investigation of suspicion of homicide. Any information given that can help guide the investigation can be made until July 17.