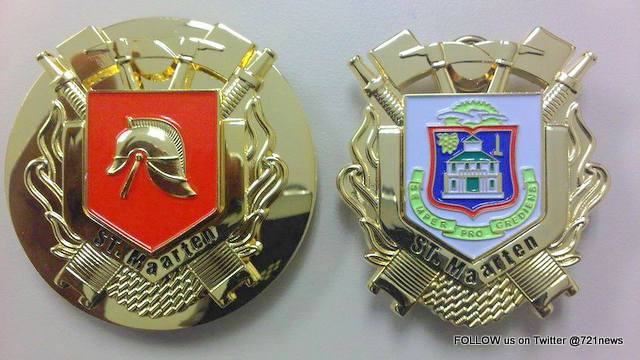 GREAT BAY, Sint Maarten (DCOMM) – Between Tuesday night, May 30th and Wednesday, May 31stpersonnel from the Fire Department rescued an elderly man from his burning home as he was trapped inside.

At around 11:06 PM the Fire Department dispatch received a call for a house fire in Cole Bay at Marianne Estate. When fire officers got to the location, flames were coming out of the windows, threatening to spread to a house in close proximity.

Firefighters quickly contained the blaze in one of the bedrooms, which allowed them to get the situation under control. One person was treated on the scene by ambulance personnel for smoke inhalation.

Shortly after returning to the Fire Station in Cay Hill, the Fire Department was called for another fire, this time at a house on E.C. Richardson Street in Philipsburg.

Upon arrival, bystanders told fire officers that there was a person inside the home. The intense flames and heat emanating from the front door and windows, made it somewhat difficult for fire personnel to immediately access the interior of the house to get to the occupant.

A quick assessment of the situation showed that the bedroom could only be accessed through the living room. However, this was totally engulfed. It is for this reason firefighters had to work expeditiously in order to minimize the fire, which eventually was lowered.

Although, the heat and smoke were still intense, fire officers quickly created access into the house allowing them to search for the individual.  Due to their thorough investigation, one team was able to locate the person in a back room.

In their effort to save the individual, he was rushed to the outside through the living room, the only exit at the time. After the person was safely taken away from the danger of the intense blaze and smoke, Basic Life Support was administered by fire personnel until the arrival of the ambulance personnel. The person was then transported to the St. Maarten Medical Center for medical treatment.

The Fire Department is grateful that they were able to rescue and save the individual from the ravaging fire.

For the past seven (7) days, the Fire Department has been called for six (6) house and or building fires, which resulted in minimum damage due to the rapid response of fire vehicles and officers.

In light of the recent fires, the Fire Department cautions everyone to continue to practice Fire Safety. This includes not leaving open flames like stoves and candles unattended.

Avoid leaving phones, laptops or other electronic equipment on flammable materials such as beds and or sofa, and in case of a fire you should immediately call 919.