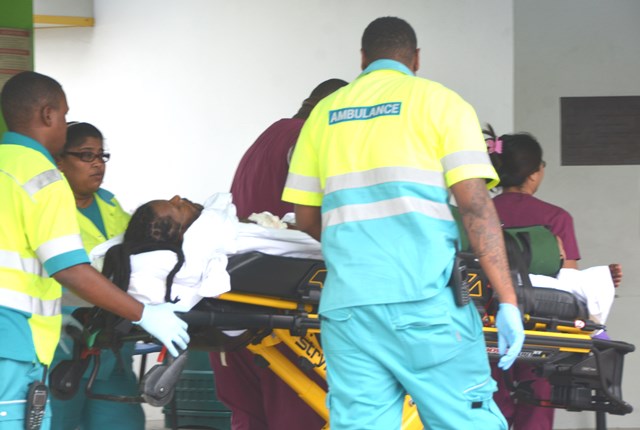 Philipsburg, Sint Maarten — On Tuesday May 23rd at approximately 02.00 p.m. several police patrols, Forensic Department and paramedics were sent to Philips Drive in Middle Region after receiving a call of a shooting that had taken place. On the scene the investigating officers located the victim who according to him and witnesses was shot by an unknown armed man.

The victim also stated that the suspect entered his home and demanded money from him but did not comply with this demand and was then shot. The suspect then fled the scene in an unknown direction.

The area was immediately closed off for the detectives to question potential witnesses and for the Forensic Department to collect evidence. The victim was treated on the scene and then transported to the Sint Maarten Medical Center for further treatment.

The reason why or who the suspect in this case is, is still unknown and is under investigation. The identity of the victim has no yet been established. This is case is in its preliminary stages and as soon as more information becomes available the media will be informed.