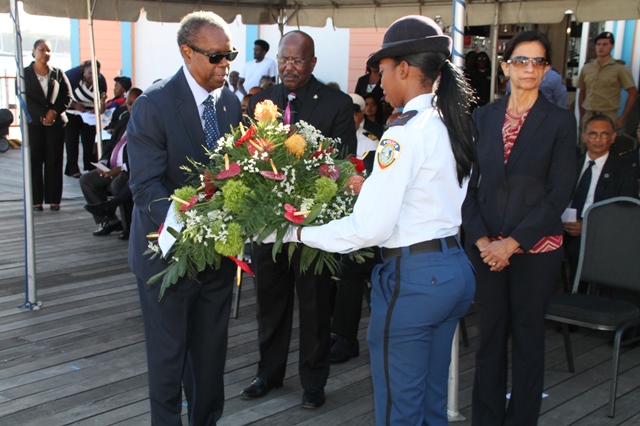 GREAT BAY, Sint Maarten (DCOMM) – On Thursday May 4, the Government of Sint Maarten observed Memorial Day, (“Dodenherdenkingsdag”) similar to the other countries within the Dutch Kingdom, at the Captain Hodge Wharf in Philipsburg.

“During this National Commemoration Day” all Dutch victims – civilians and soldiers – who have been killed or murdered in the Kingdom of the Netherlands or anywhere else in the world in war situations or during peace-keeping operations since the outbreak of the Second World War,” were commemorated (www.4en5mei.nl).

A short ceremony took place on Thursday afternoon that also included a number of dignitaries including President of the Collectivite of St. Martin Daniel Gibbs, who had earlier paid a courtesy call on the Prime Minister.