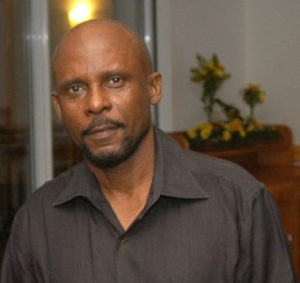 PHILIPSBURG – Following its presentation to Parliament on Wednesday, May 17, the Independence for St. Martin Foundation (ISMF) said it is encouraged by the response of the legislative body to its call for a constitutional referendum.

“Parliament is the only authority that can convene a referendum and even though, as President of Parliament Sarah Wescot-Williams pointed out, a new constitutional status is not specifically mentioned in the constitution as one of the reasons for a referendum, it is now for Parliament to do the right thing and allow the people of St. Maarten to determine their own future,” said José Lake, Jr., president of the foundation.

“We strongly believe that Parliament will do the right thing and convene the referendum we are asking for either through the so-called initiative law or by prevailing on government to submit a draft national ordinance that would facilitate a new constitutional referendum,” Lake said.

He added: “After all Parliament itself exists today thanks to the constitutional referendum that was held 17 years ago.”

He thanked Parliament for the support it continues to show for the position of the foundation in favor of independence for St. Maarten and reiterated that the people have a right to express their views in a referendum.

“That is what we’re asking for: a referendum for the people to have their say about their own future and the future of their children and grandchildren. The fact that we have appeared before Parliament four times in one year on the same issue shows that Parliament considers the referendum an important matter,” he said.

“We will continue to urge them to do the right thing for our people who must decide on their future,” Lake said after the central committee meeting.