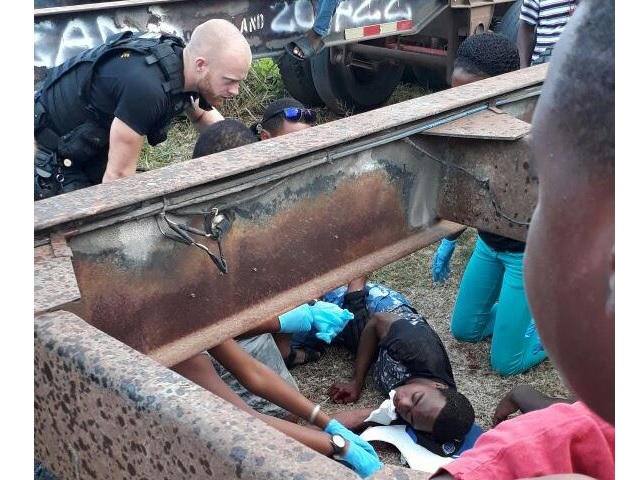 FRENCH QUARTER, Saint Martin – On Sunday afternoon, April 9, French SMUR paramedic were busy administering life-saving measures on a bike rider who had lost control of his bike, and landed between some container chassis.

According to information reaching 721news, a young man on a cross bike, was heading toward the Dutch side on the main road of French Quarter, when he lost control around the gap of “Tire 4 Less.”

The biker went straight to the chassis, presumably hit into them and fell in between other chassis that are on open property.

Fortunately, a Dutch side off-duty Fireman/Paramedic saw what happened and immediately began life saving measures on him pending arrival by the French Paramedic team and French ambulance.

About 6:15pm, Paramedics were still at the location working on him.

As soon as more detailed information reaches 721news, we will update this story. 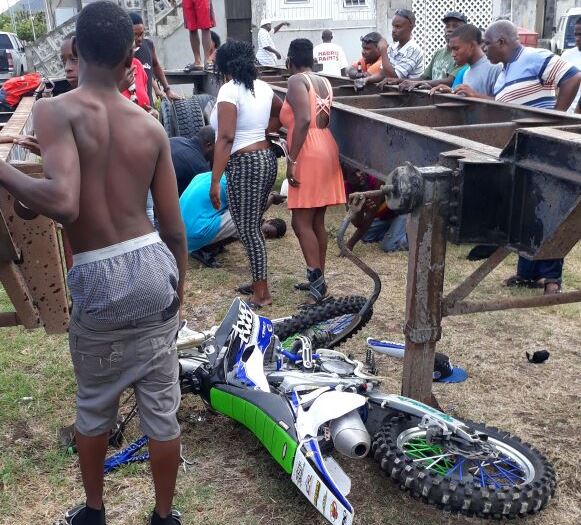 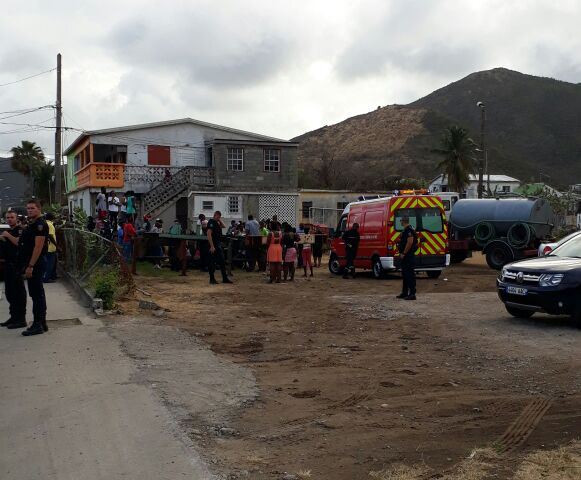 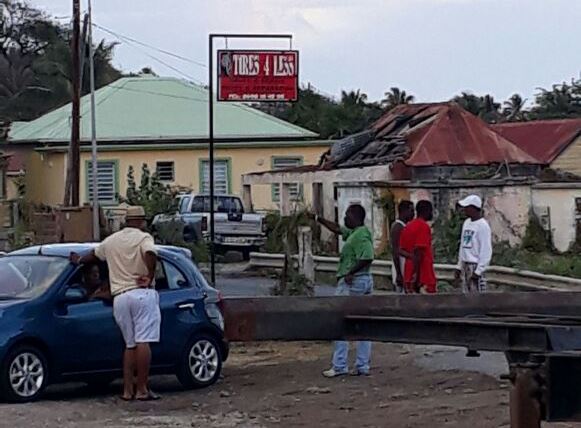 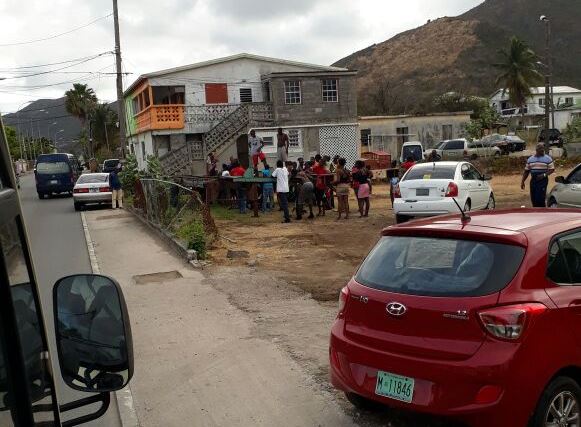