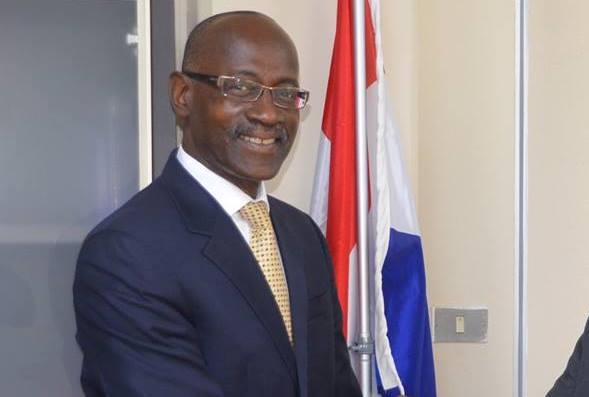 PHILIPSBURG, Sint Maarten — On Wednesday, April 12, 2017 Info Media Foundation represented by Keith Franca presented the Council of Ministers with the English translation of the 38 Organic Laws of St. Maarten.

Prime Minister William Marlin stated at the presentation that we are heading in the right direction as a country with these 38 Organic Laws now available in English, because we are an English speaking society, and there is a disconnect between the laws of the country, which are in Dutch and the community speaks English.

“Currently there is a motion at Parliament to make English more prominent in government, in official publications and in our society,” said Prime Minister Marlin.

Franca stated that the English version of the 38 Organic Laws was the brainchild of Marcel Gumbs, and has been made possible through the House of Nehesi Publishers and Ennia Insurances, along with review by the Department of Legal Affairs.

The English version of the 38 Organic Laws is a five volume set of books that are vision friendly and the letter type and size is easy to read. The translated Organic Laws are currently being sold at Van Dorp Eddine  for $55,-.

“The price has been made affordable, and the contributions of the books will go towards the continued development and education of the residents of St. Maarten,” said Franca.

Prime Minister William Marlin commended all those who were involved in the project, and further stated that it was a pleasure on behalf of the Council of Ministers to accept the first bundle of the English translation of the 38 Organic Laws.