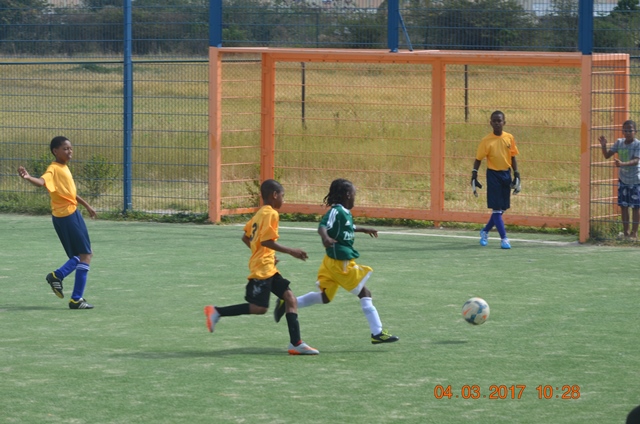 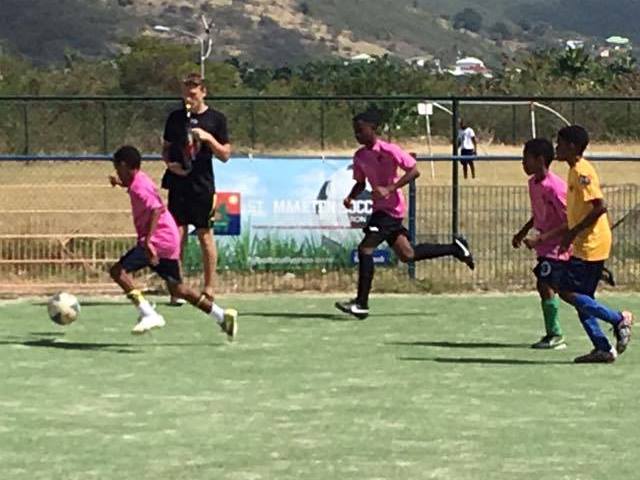 The first match of Day 6 of the Interscholastic Tournament saw Ruby Labega 13U facing Leonald Conner 13U, in a match between two teams who are very close to each other on the league table. The first half started off at a slow pace, with both teams taking almost no risks. However, Leonald Conner’s number 7, Tyrese Whyte, found his way to the net sending Leonald Conner on a 1 – 0 lead at half time. In the second half, Ruby Labega had a better start, creating some quality plays. Leonald Conner then increased their lead by three goals, closing the match with a 4 – 0 end result on Ruby Labega.

The second 13U match of Day 6 was played between Hillside and Sr. Marie Laurence. Both teams started the first half strong, showing some good combinations, proof of the excellent chemistry that these two teams have. The first half ended 2 – 0 for Sr. Marie Laurence. At the beginning of the second half, Hillside showed more motivation and scored an early goal which set the score on a close 2 – 1. However, Sr. Marie Laurence stepped up their game and scored 4 more goals securing a 6 – 1 victory over Hillside. The end result might seem a bit too rough for Hillside, who played at its best and surely deserved to score some more goals. 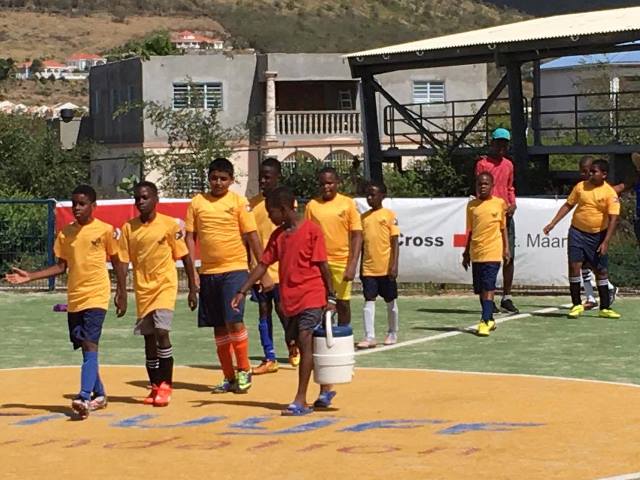 The first 11U match of Day 6 of the Interscholatic Tournament placed Sr. Borgia against Sr. Marie Laurence, in one of the closest matches seen during this season so far. Sr. Borgia, who had a better start, confirmed their great attacking qualities and scored two goals during the first half, which ended 2 – 0 for Sr. Borgia. The second half, has not been as exciting as the first half, with Sr. Borgia trying to protect the score. Sr. Marie Laurence then tried to achieve a comeback and scored in the early minutes of the second half, thanks to good play performed by number 7 Nishawn Richardson. The last minutes of the game were played at a high pace, with Marie Laurence bringing all their man forward trying to score the equalizer. Sr. Borgia however kept their defence organised and won the game 2 – 1.

The fifth match of Day 6 of the Interscholastic Tournament was played between Hillside 9U and Sr. Magda Athletics 9U. The first half started off at a slow pace and not many chances were created. Hillside closed the first half with a 2 – 1 lead over Sr. Magda Athletics. The second half has been surely more exciting as Hillside increased their lead by other 5 goals also thanks to an awesome performance of Luke Brook, elected as man of the match. Sr. Magda Athletics must be given credit for their commitment, playing with high energy until the last minutes. 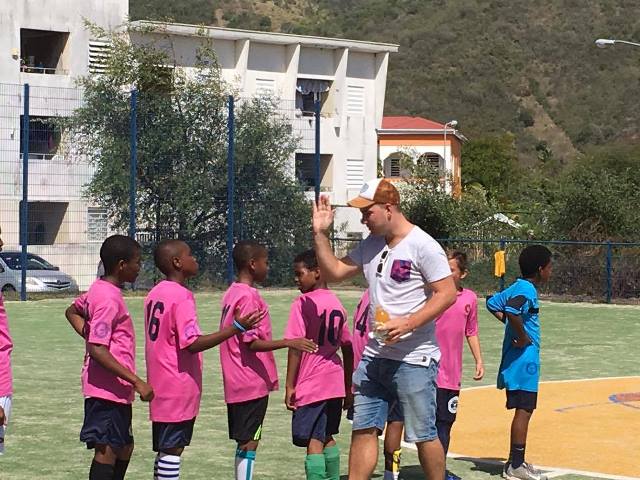 The last game of Day 6 of the Interscholastic Tournament was played between FC Regina 9U and Sr. Magda Green Boys 9U. This was not an easy task for the Green Boys, given that FC Regina has scored the most goals in their category and was striving for a win which would put them at the top of the table with M.A.C. Both teams showed quality football during the first half, ending 9 – 0. Despite this, the Sr. Magda Green Boys did not give up and found their way to the net thanks to number 10 Jiviero Le Couvreur. At the final whistle, FC Regina won against the Green Boys 14 – 1.