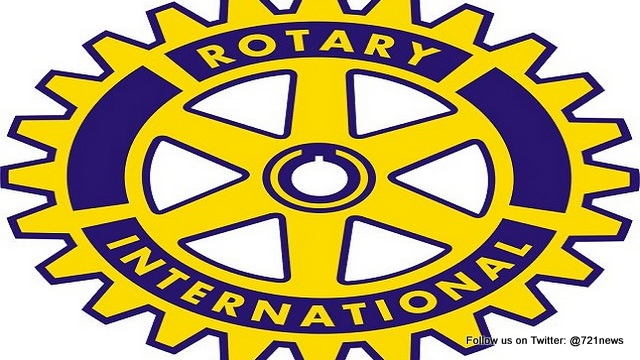 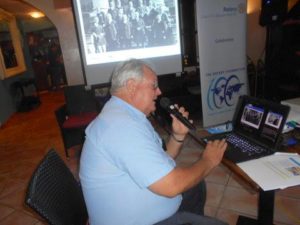 PHILIPSBURG – The Rotary Club of St. Maarten-Mid Isle has been celebrating the centennial of The Rotary Foundation with various events.

Mid Isle hosted members of the press, non-Rotarians and Rotarians at their meeting on Tuesday, March 28, to a presentation to celebrate 100 years of the Rotary Foundation.

The Foundation is the $1 billion charitable arm of Rotary International. To mark the centennial, Rotary aims to raise $300 million by July 2017, for its campaign to eradicate polio and for service in communities around the world.

“We have hosted two dinners for the World Greatest Meal, and in collaboration with Alex and Ani have hosted a fundraiser at their store on Front Street, and we have also held a Walk-a-Thon for ‘End Polio Now.’ We are presently doing ‘A Welcome Baby Bag,’ with a district grant working with the SMMC. These bags contain the necessary items for a newborn. They will be given at the discretion of the nurses. Each year each member of Mid Isle makes a donation to the Foundation. Mid Isle is also participating in the 100 Acts of Good – The Foundation Centennial Project,” a release said.

Established in 1917 with a donation of $26.50, the Rotary Foundation is dedicated to advancing world understanding, goodwill, and peace. Through grants and other resources, Rotary members develop sustainable projects that promote peace, fight disease, provide clean water, support education, save mothers and children, and grow local economies.

Rotary’s top priority is the global eradication of polio. Rotary launched its polio immunization program, Polio Plus, in 1985 and in 1988 became a leading partner in the Global Polio Eradication Initiative along with the World Health Organization (WHO), the United Nations Children’s Fund (UNICEF), the U.S. Centers for Disease Control and Prevention (CDC) and more recently, the Bill and Melinda Gates Foundation.

Rotary has contributed more than $1.5 billion and countless volunteer hours to eradicate polio. Through 2018, every dollar Rotary commits to polio eradication will be matched 2-to-1 by the Bill and Melinda Gates Foundation, up to $35 million a year. Since the initiative began, the incidence of polio has plummeted by more than 99.9 percent, from about 350,000 cases a year to less than 71 confirmed in 2015.

Mid Isle’s Foundation stated: “As a Rotarian one has to proud of the Rotary Foundation’s achievements over the last 100 years. It has proven to be a very efficient model to serve the world communities in Rotary’s areas of focus. Efficient as only 3.3% of the Foundation’s revenue goes to Administration cost and over 90% is actually used directly for Rotary’s programs.”