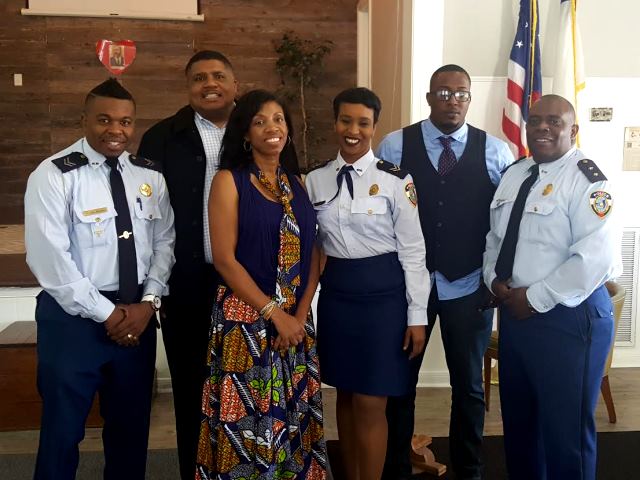 USA — On Sunday, August 14, 2016, several colleagues of the KPSM attended a workshop on Teen And Police Service Academy (TAPS), provided by Dr. E. Penn co-founder of TAPS Academy in Houston, Texas, while visiting St. Maarten with his family on a cruise. After the workshop, an invitation was extended by Dr. Penn to the KPSM to follow the TAPS Academy program in Texas.

TAPS Academy is an 11-week program primarily designed for “at-risk youth” where students partner with mentor officers to discuss issues, including bullying, anger management, avoidance or hallway life, drug usage and conflict management, as well as other youth and law enforcement-focused topics.

On Thursday, February 23, four colleagues who have been appointed by Police Management of the KPSM travelled to Miami, Florida, to attend the TAPS training. The training commenced on Friday, February 24, and will end on Thursday, March 2. The colleagues attending the training are Inspector Ethelwoldus Josepha, Officers Angelo Blijden, Angelina Henson and Jeward Martis.

After completion of the training and their return to St. Maarten, it is the intention for this group to immediately start the process in having this program implemented later this year on St. Maarten. (See pic attached)

The Police Management Team wishes these four officers much success.

For more information regarding this program visit website: http://www.tapsacademy.org/.