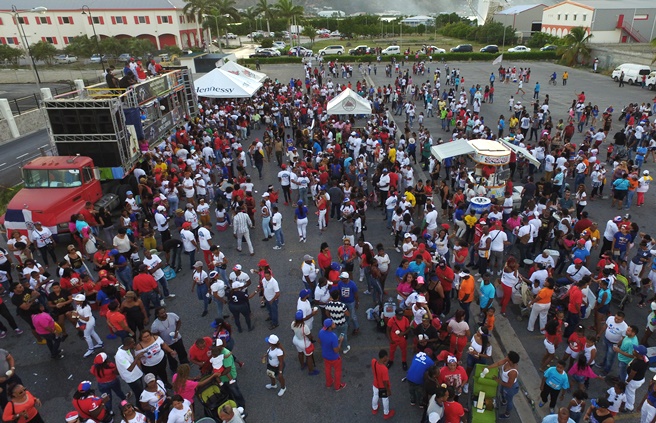 PHILIPSBURG – Dozens of members of the Dominicano community paraded on Sunday, March 5, through several streets of Philipsburg, in the customary “Dominican Week Parade,” which is carried out each year within the framework of activities, which marks the anniversary of the independence of the Dominican Republic.

In this case, the 173rd anniversary was celebrated.

Dominican Week begins on February 20, and concludes on the 27th day of the national holiday. This week is celebrated throughout the world in each place where a community of nationals of this Caribbean country resides.

With this Parade, the cycle of activities of the Dominican Week in honor of the mother country, is now closed.