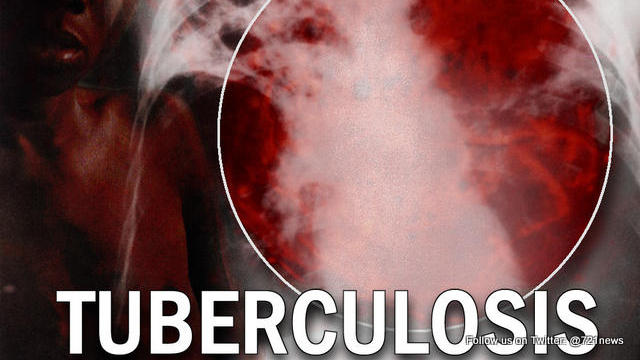 GREAT BAY, Sint Maarten (DCOMM) – Worldwide, Tuberculosis (TB) along with HIV is the leading causes of death among infectious diseases.  Each year 1.4 million people die from this disease.

TB is caused by bacteria (Mycobacterium tuberculosis) that most often affect the lungs. Tuberculosis is curable and preventable.

TB is spread from person to person through the air. When people with lung TB cough, sneeze or spit, they propel the TB germs into the air. A person needs to inhale only a few of these germs to become infected.

About one-third of the world’s population has latent TB, which means people have been infected by TB bacteria but are not (yet) ill with the disease and cannot transmit the disease.

People infected with TB bacteria have a 10% lifetime risk of falling ill with TB. However, persons with compromised immune systems, such as people living with HIV, malnutrition or diabetes, or people who use tobacco, have a much higher risk of falling ill.

When a person develops active TB disease, the symptoms (such as cough, fever, night sweats, or weight loss) may be mild for many months. This can lead to delays in seeking care, and results in transmission of the bacteria to others.

Six countries account for 60% of the total, with India leading the count, followed by Indonesia, China, Nigeria, Pakistan and South Africa.

Collective Prevention Services (CPS), a department within the Ministry of Public Health, Social Development and Labour, said on Friday that Sint Maarten does not have any cases of TB, and maintains a level of alertness to make sure if a case is identified that it is treated immediately.

CPS fully supports efforts by governments, communities, civil society and the private sector around the world, to unite to end this disease through a collective effort and collaboration.

Poverty, malnutrition, poor housing and sanitation, compounded by other risk factors such as HIV, tobacco, alcohol use and diabetes, can put people at heightened risk of TB and make it harder for them to access care.

More than a third (4.3 million) of people with TB go undiagnosed or unreported, some receive no care at all and others access care of questionable quality.

World TB Day is an opportunity to mobilize political and social commitment for further progress in efforts to end TB. This year, World TB Day signals new momentum at the highest levels with the announcement of the first ever Global Ministerial Conference on Ending TB, which will be held in Moscow in November 2017.

The Conference will inform the United Nations General Assembly high-level meeting on TB which will be held in 2018.