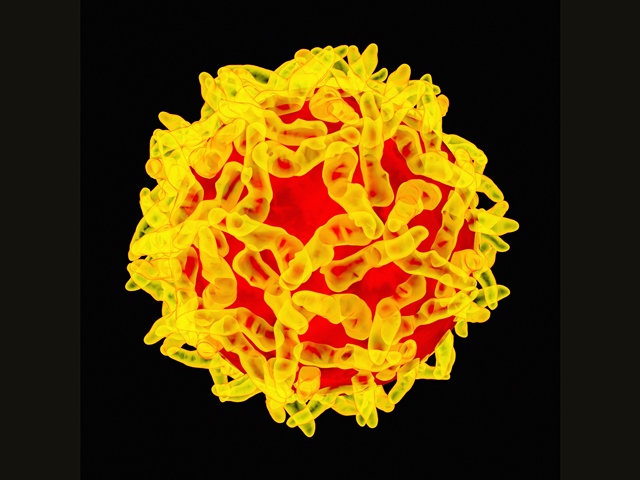 GREAT BAY, Sint Maarten (DCOMM) – The number of countries with suspected or confirmed cases of yellow fever has increased.  According to the most recent Pan American Health Organization (PAHO) epidemiological update, suspected and confirmed yellow fever cases have been reported in Brazil, Colombia, Ecuador, Peru, Bolivia and Suriname.

The World Health Organization (WHO) recommends for international travellers traveling to Espirito Santo State, Brazil to get a yellow fever vaccination.

PAHO adds that given the current yellow fever situation in Brazil and the emergence of cases in areas where no cases have been detected in several years, Member States are urged to continue efforts to timely detect, confirm, and adequately treat cases of yellow fever within a timely manner.

Yellow fever is an acute viral haemorrhagic disease that is endemic in tropical areas of Africa and Latin America. Transmission is primarily between monkeys, and from monkeys to humans.

The yellow fever virus has three transmission cycles – sporadic, intermediate and urban.  Sporadic cases resulting from sylvatic (jungle) transmission are seen in South America and Africa.  The intermediate cycle of transmission occurs in the moist savannah zones of Africa only.

In urban areas e.g. within the communities of Sint Maarten, risk can be reduced by eliminating potential mosquito breeding sites and reducing your exposure to mosquito bites.  Sint Maarten does not have any Yellow Fever cases, but due to the current situation of Yellow Fever being detected in areas in countries where no cases have been detected in several years, this has increased the country’s alert level.

The Collective Prevention Services (CPS), a department within the Ministry of Public Health, Social Development and Labour (Ministry VSA), will continue to monitor developments related to yellow fever.  Its surveillance mechanism was placed on alert for any potential cases in January.

The department is requesting for all to be on the alert and be proactive if you experience any symptoms and have travelled to an endemic Yellow Fever area, you are requested to consult your physician.

There is one sure way of mitigating mosquito borne diseases, and that is removing mosquito breeding sites from within and surrounding your premises, and apply mosquito repellent to stop mosquitoes’ from feeding.

Yellow fever cases can be difficult to distinguish from other viral hemorrhagic fevers such as arenavirus, hantavirus or dengue.

Symptoms of yellow fever according to the Caribbean Public Health Agency (CARPHA) usually appear three to six days after the bite of an infected mosquito. In the initial phase, they include fever, muscle pain, headache, shivers, loss of appetite, and nausea or vomiting.

For most patients, these symptoms disappear after three to four days. However, 15% of patients enter a second, more toxic phase within 24 hours of the initial remission. High fever returns, and several body systems are affected, including the kidneys.

Half of patients who enter this toxic phase die within 10 to 14 days, while the rest recover without significant organ damage.

Treatment is symptomatic, aimed at reducing symptoms for the

comfort of the patient. Vaccination is the most important preventive measure against yellow fever.

The vaccine is safe, affordable and highly effective, providing effective immunity within 30 days for 99% of those vaccinated.

Travelers with contraindications for yellow fever vaccine (e.g. children below 9 months, pregnant or breastfeeding women, people with severe hypersensitivity to egg antigens, and severe immunodeficiency or over 60 years of age) should consult their health professional for further advice about the Yellow Fever vaccine.