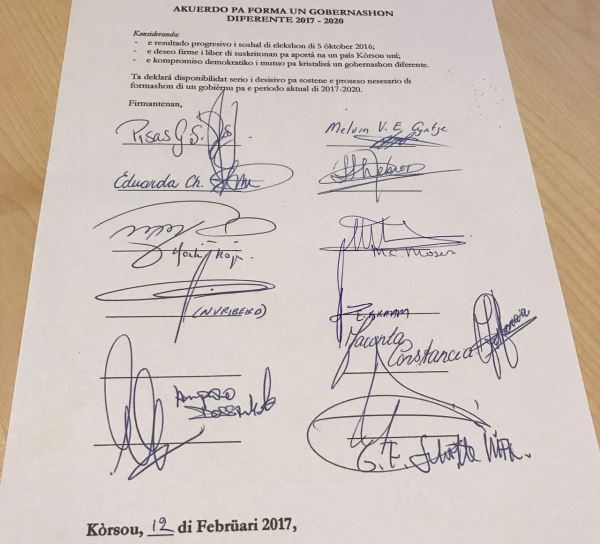 The opposition parties declared that they have the necessary support to form a new government with the MFK as the ruling party. These parties already signed a declaration showing their willingness to form a government but this was rejected.

Elections will be on April 28.

WILLEMSTAD – The government of Curaçao does not have the support of a majority in Parliament. Only seven weeks into their term, the government headed by Prime Minister Koeiman is in crisis.

The Pueblo Soberano (PS) faction, in a letter, indicated to the Governor that they no longer support this government.