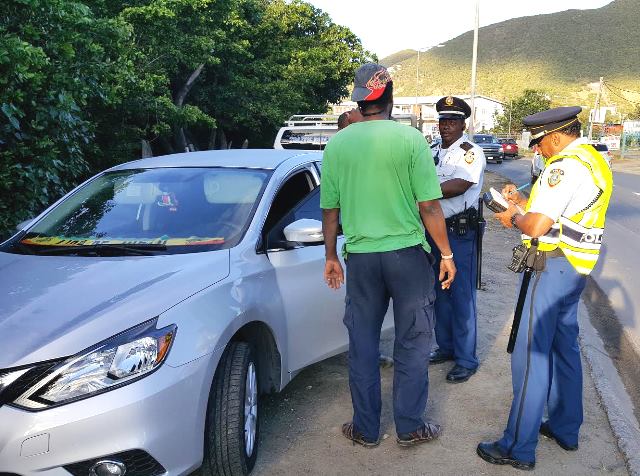 PHILIPSBURG, Sint Maarten — On Tuesday February 14th the Police Department held general controls on different locations on the island. The controls started at approximately 06.30 a.m. on the Zagersgut road, where a total of about 40 vehicles including heavy transport vehicles, which were not allowed to be on the public street between 06.00 a.m. and 08.00 a.m.

The controls continued at approximately 09.00 a.m. at the entrance to Port Sint Maarten and A.C. Wathey Cruise Facilities where all heavy transport vehicles such as dump trucks and trailer trucks going into en leaving the harbor premises were controlled. These vehicles were controlled for safety aspects and to verify if all documents for these vehicles were in order and also if the drivers were in possession of the required drivers license to operate these vehicles.

Between both locations a total of 60 heavy transport vehicles including gypsy drivers were controlled. A total of 30 fines were handed out and 5 vehicles were towed. These controls will continue to be carried by police and all drivers are warned that they should at all times make sure their vehicle is in good working condition, all documents are in order and that they are in possession of a valid drivers license.