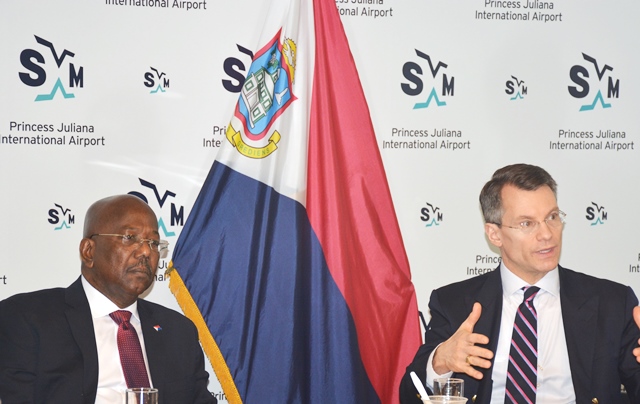 AIRPORT – St. Maarten has moved one step closer to realizing pre-clearance at Princess Juliana International Airport (PJIA), Prime Minister William Marlin announced following the first round of meetings between the government of St. Maarten and negotiators of the Customs and Border Protection (CBP) and the Transportation and Security Administration (TSA).

Marlin, who led the St. Maarten delegation, said he was very pleased with the meetings and is anxiously looking forward to the completion of the process.

The benefits for St. Maarten are many and creates new opportunities for increase in passenger movements at the airport.

The first meeting was held on Wednesday, February 15, and the team presented, Prime Minister Marlin and Minister of Justice Rafael Boasman and their delegation with an overview of the pre-clearance program and the expansion process.

The first round of negotiations started the following day when the pre-clearance bilateral agreement was presented and discussed. The CBP presented an in depth overview of the topics covered in the CBP Bilateral Agreement, while in the afternoon session there was a discussion with the TSA of corresponding MOC and key topics. On Friday, the discussions continued with the SXM Airport team.

The Prime Minister said the first agreement that has to be signed off on to make pre-clearance a reality is an agreement, a treaty between the US Government and the Kingdom of the Netherlands on behalf of St. Maarten. 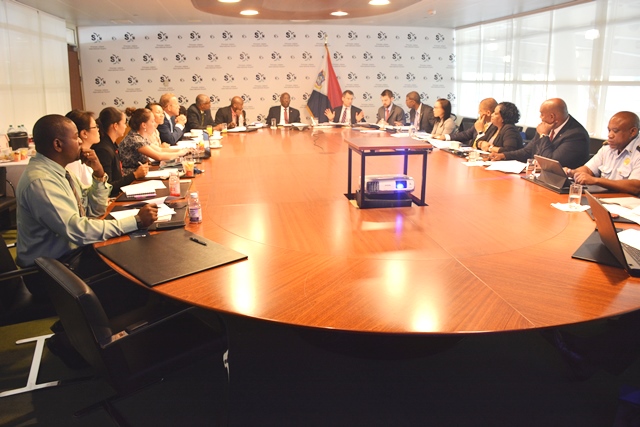 Marlin will discuss this with the Kingdom Minister of Foreign Affairs Bert Koenders when they meet on Tuesday and Wednesday in Aruba this week. The first draft agreement has been received by the St. Maarten government this week, and Marlin said a special pre-clearance team will review the draft agreement and advise government on the way forward. Government will send its comments in writing as soon as the team completes its review and submits its advice.

Pre-clearance makes it possible for travelers to the USA to clear Immigration and Customs, Public Health, and Department of Agriculture inspections right here at SXM Airport before boarding their flight. This will enable passengers to make faster and easier connections when arriving in the United States as they would no longer have to go through Customs and Immigration.

Prime Minister Marlin and Minister Boasman were supported by several civil servants including the Secretaries General to the Council of Ministers, and of the Ministries of General Affairs, and Justice, the Chief of Police, representatives of the Civil Aviation Department and management of SXM Airport as well as chairman of the Airport Holding and Operating Companies.