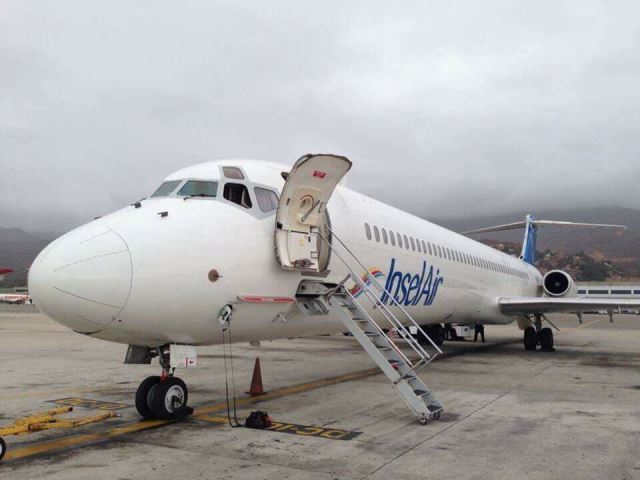 Both Civil Aviation Authorities of Curaçao and Aruba constantly perform oversight exercises on the operations of the two airlines. Both airlines do respond immediately to any findings that they are made aware and do present their corrective measures to the Aviation Authorities for their approval.

InselAir is aware of the fact that the Dutch Civil Aviation Inspectorate recently visited Aruba and Curaçao and met with representatives of both airlines, including their Chief Executive Officers. They requested performing spontaneous audits to which both airlines had no objections. Contrary to information being circulated by the media, both local and abroad, both airlines remain unaware of any findings from the Dutch Civil Aviation Inspectorate that would have an effect on the airworthiness of their operations.

Upon the briefing received after the audit, the inspectors said that they were pleasantly surprised with the conclusion of the findings in the following areas: Flight Operations, Operation Control Center, Safety and Security, Training, Scheduling, Quality and Maintenance of InselAir Curaçao.

The independent audit performed by the Dutch Civil Aviation Inspectorate brings to the management of both airlines a further high level of comfort as to the quality of the internal oversights performed by its quality personnel.

Currently, neither of the airlines have major pending technical and operational findings with their respective Aviation Authority. The ongoing grounding of the MD fleet in Aruba is due to a position taken by the Aviation Authority of Aruba in support of the government of Aruba that took the decision to freeze the bank account of the airline due to arrears in payment of taxes.