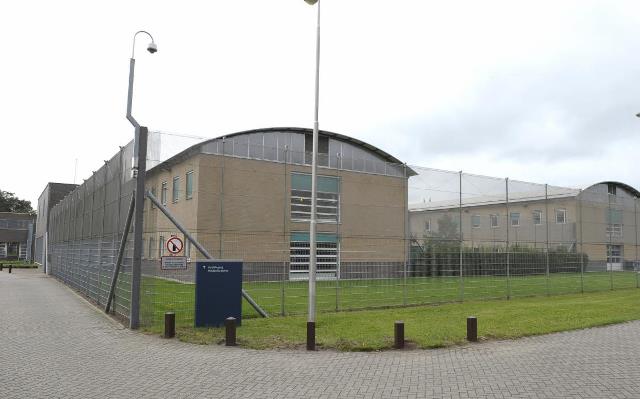 THE NETHERLANDS – Police searched the prison cell at Ter Peel in Evertsoord and found a firearm and ammunition. The cell was searched after the detainee was arrested. The 28-year-old man, was already serving a prison sentence of 15 years.

He has now been arrested on suspicion of committing three armed robberies in Geleen, Someren and Overloon. In the robbery in Geleen, on Christmas Day, two men rushed in a supermarket. They threatened the staff with a gun.

In the second attack, on January 14, in Someren, two men raided a branch of retail chain Kruidvat. They were also threatened with a firearm. On January 20, there was a violent raid on some people on holiday in Overloon.

Two men rushed those present at the reception on the ground and threatened them with a firearm.
Weekend Leave
The defendant had already served part of his sentence and was therefore transferred in October 2016, to a half-open design. Over the weekend, he was fitted with an anklet bracelet on leave. All three armed robberies were committed at a time when he was on weekend leave.

Police also searched the car of the suspect, and it was found at Kalashnikov. DJI has launched an internal investigation into the affairs of the prison Ter Peel.