EXCLUSIVE VIDEO provided by a tourist to 721news

According to the reports that came into the Emergency Dispatch four unknown masked and armed men arrived at the jewel store in a blue Suzuki Jeep with heavily tinted windows carrying  an old taxi license plate. All four men stepped out of the vehicle and stormed into the establishment.

The men used hammers to smash the jewelry showcases and removed a still unknown quantity of jewelry. After committing this act the robbers fled in the jeep en the direction of Sucker Garden.

Several police patrols were informed the robbery and started searching the area for the suspects and the suspects vehicle. The Special Robbery Unit is asking anyone who may have information about this robbery to immediately get in contact with the police department by calling 54-22222 ext 213- 214, the police anonymous tip line #9300 or 911.

The police department need the assistance of the public to solve this investigation. A video clip of the robbery is posted on 721news.com 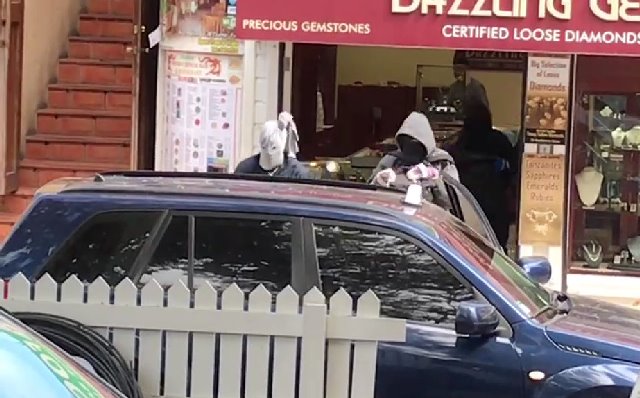 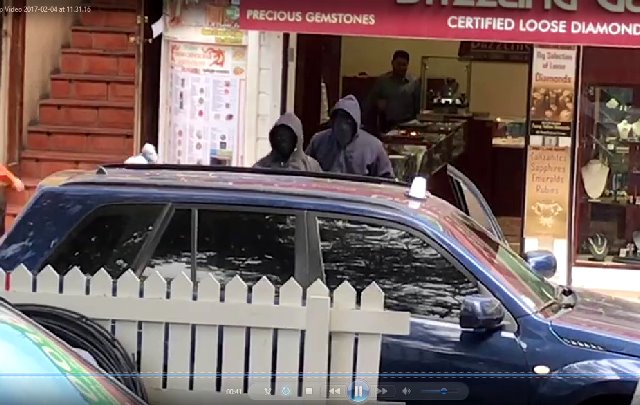 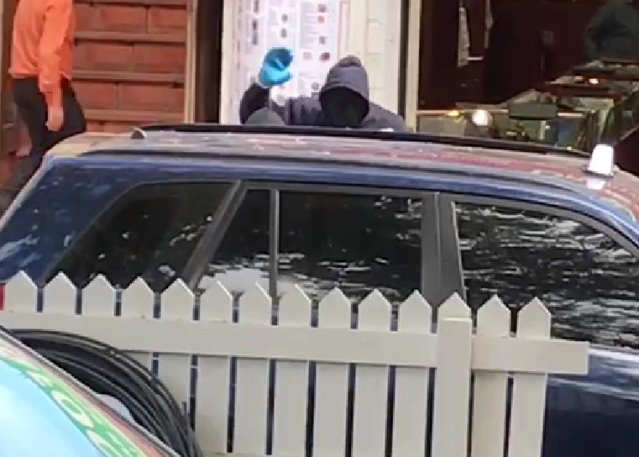