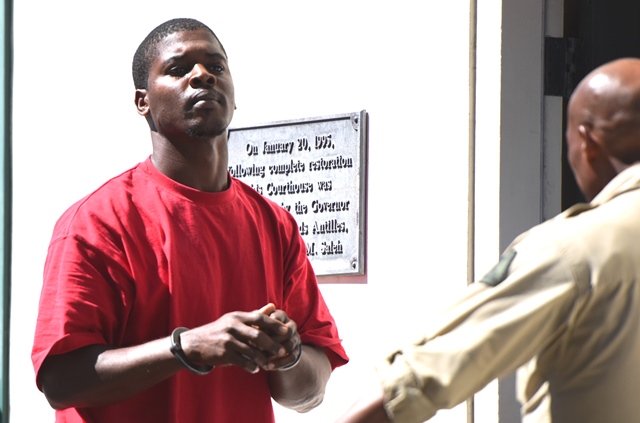 SIMPSON BAY, St. Maarten – On Sunday, February 12, late in the night, a Coast Guard patrol intercepted a vessel in St. Maarten waters with two men on board. The vessel was searched and the identity of the two men was also checked by the Coast Guard official.

One of them was Daniel Castill (28) from the French side of the island, had an international arrest warrant issued by the United States. Castill is accused of being involved in a human trafficking ring where he was the alleged captain/crew of a boat that left French Saint Martin during the night of July 9, 2016, with illegal immigrants, on the way to the United States Virgin Islands (USVI). On the way to the USVI, the boat started taking on water, and 4 people had to be rescued.

D.C had to see the Judge of instruction on Wednesday February 15, 2017.

(Source BVI-NEWS) In a press release at that time, the Royal Virgin Islands Police Force (RVIPF), in a media release, disclosed that one of the four rescued persons remains in police custody. They further said, “Four men were rescued by tourists in British Virgin Islands waters on July 13, and were questioned by Immigration. Three men have since been repatriated and one is in police custody,” said the Royal Virgin Island Police Force (RVIPF).

At the time of the tragedy, the US Coast Guard reported that, according to one of the survivors, the migrant vessel had departed Saint Martin the night of July 9, 2016 on a trip to St. Thomas, US Virgin Islands. “The vessel was carrying 15 Cubans, one Colombian, a Dominican Republic national and two persons from Saint Martin, when it capsized after the vessel started taking on water,” added the US Coast Guard.