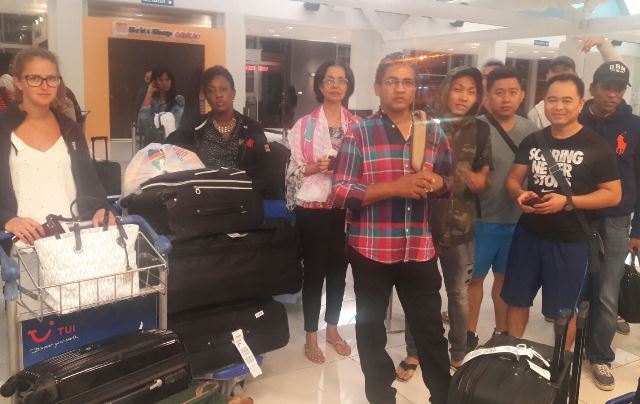 HATO, Curacao – Two days in a row InselAir has cancelled their flights to Suriname and Guyana, stranding a set of passengers in Curaçao.

A group of passengers, stranded on Friday, January 27, in Curaçao contacted our newsroom and vented their frustration on how InselAir was treating them. “No type of communication and no type of plan on how they going to handle the situation. They let us go through the security screening, and we have passed the immigration desk before we headed to our gates is when an InselAir employee reached out to us, and said that our flight was cancelled,” a passenger told 721news.

“When we asked where we are going to stay, the employee could not provide an answer,” the passenger continued. Passengers waited over an hour at the International Airport in Curaçao without any clue where they would stay for the night.

The InselAir flight of Thursday, January 26, to Suriname was also cancelled, and passengers were left on their own to get a hotel and food.

According to the passengers, who contacted our newsroom, InselAir is claiming that the plane, which had to go to Suriname, its air-conditioning not working, was the reason for cancelling the flight on Friday.

After passengers waited over an hour, the airline notified them that the plane was grounded, and they would be relocated to Plaza Hotel in Willemstad. However, passengers still didn’t know if on the next day, they would be able to continue their flight to Suriname and Guyana.

Also passengers that were supposed to leave for Guyana were stranded in Curaçao. One of the passengers told 721news that they wanted to know when InselAir would bring them to their family, because no official from InselAir was answering their questions.

Four InselAir planes have been grounded in Aruba.

In a press release, InselAir stated on Thursday, January 26, that the Department of Civil Aviation of Aruba (DCA) is conducting routine inspections on 4 of their 8 aircraft, which InselAir Aruba currently has in operation.