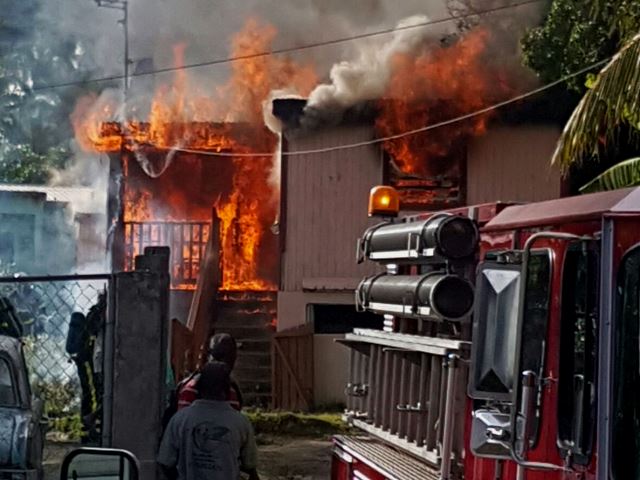 Neighbors and bystanders rushed into the house, which was almost completely on fire, and managed to remove the elderly man to safety.

Notable was that the social welfare team never showed up to render assistance. With the help of the Red Cross and Louis Jeffers from Accessible Ventures, the family was relocated to somewhere safe for the night. Officials had been notified about the house on fire.

Below you can see a live video from 721news crew of the Fire Department busy containing the fire, and bringing it under control.