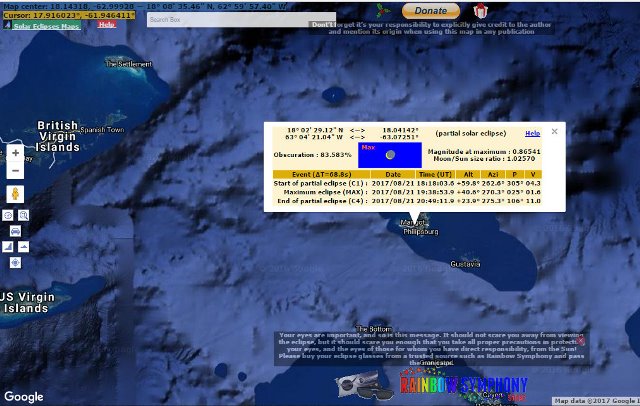 On Aug. 21, 2017, the first total solar eclipse to cross over the continental United States in nearly four decades will occur — and the American Astronomical Society (AAS) has launched a new website and small grants program to engage skywatchers in the viewing experience.

The eclipse, which has also been called the “Great American Eclipse,” or “All-American Eclipse,” will darken skies from Oregon to South Carolina along a stretch of land that’s about 70 miles (113 kilometers) wide. This event is the first total solar eclipse “to touch the U.S. mainland since 1979, and the first to span the continent since 1918,” AAS officials said in a statement.

Outside of the path of totality, skywatchers in North America, Greenland, Iceland, Central America, the Caribbean and parts of northern South America will experience a partial solar eclipse, AAS officials said. [Total Solar Eclipse 2017: When, Where and How to See It (Safely)]

The AAS’ new website, www.eclipse.aas.org/, provides information about when and how to watch the event as well as viewing events and links to “more-detailed” solar eclipse websites.

Additionally, the society has launched the Julena Steinheider Duncombe minigrants program to fund educational activities and engage the public in the eclipse. The program is named in honor of astronomer Julena Steinheider Duncombe (1911-2003), who published eclipse predictions for the U.S. Naval Observatory for many years. The AAS solar eclipse task force developed both initiatives.

“The event is being called the Great American Eclipse or All-American Eclipse because the moon’s dark shadow crosses the entire continental U.S. but touches no other country as it travels 8,600 miles [13,840 km] across Earth’s surface,” officials said in the statement. “The eclipse presents a unique opportunity to excite people about science and connect them personally to the cosmos. Yet it also presents unique challenges: everyone in the country needs to learn how to view the eclipse safely, and communities along the path of totality need to be ready for an unprecedented influx of visitors.”

A total solar eclipse shines about as brightly as the full moon, according to the statement, and it’s just as safe to look at, but the sun will still be dangerous as it peeks out from behind the moon before and afterward, which means that observers should use proper eyewear (including specially made, safe solar filters) to safely view the event. The AAS has developed special eclipse-viewing instructions, which have been adopted by NASA and endorsed by the American Academy of Ophthalmology and the American Academy of Optometry. The AAS also features eye safety information for skywatchers on www.eclipse.aas.org.

Editor’s Note: This article has been corrected to clarify that, according to the statement, the full eclipse is safe to view. However, you still need to be careful as the sun could damage unprotected eyes before and after the moon completely obscures the sun.