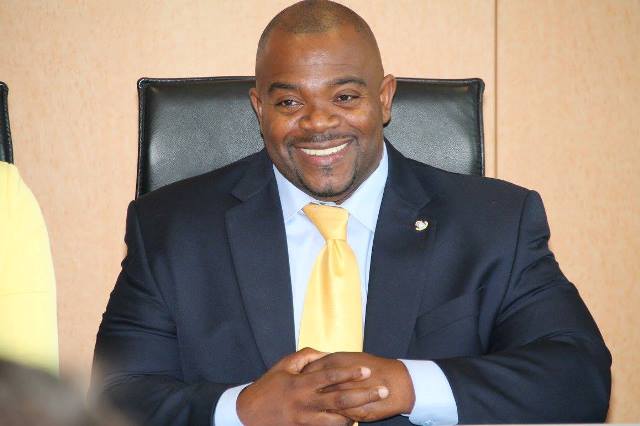 PHILIPSBURG – In Wednesday, January 4, Council of Ministers Press Briefing, Minister of VROMI Christophe Emmanuel gave an update on the issues the ministry is dealing with.

He mentioned some structural improvements to the road to help ease the traffic, however, due to the rainy weather that was delayed. Construction will begin again the following weekend, so the road will be closed to traffic. He asked for the cooperation of the people

He also mentioned the garbage situation, and said he had met with VROMI officials to discuss the problem, which is a high priority for him and the Ministry. He said fining the garbage haulers worked a bit “because we see regular picks up is starting to happen in the districts,” however in the Middle Region area something is not going too well, and he intends to speak to the hauler in that area to see what is the problem.

As to the issue of the garbage dump, he said, “I was on a dump myself. I took a drive on the dump to sort of get a view of the condition, to what it looks like, and I was surprised to see people bring in the stuff to the dump. The dump itself is a high priority for this government.”

“I believe it’s ten or fifteen years ago, that the dump has reached its capacity. So basically what we’re doing right now doesn’t make much sense to continue doing what we’re doing, and we all know that waste-to-energy is a way to go in terms of dealing and solving this problem, and I realize that,” he continued.

Sewage was another issue he mentioned. He was given assurance that inspections will be beefed up to really talk to individuals of homes and businesses to solve this problem.

He encouraged the districts of the different communities to keep a keen eye on certain things that are masked in the communities, by strengthening their community councils, so that they have a voice in government. He also admonished persons to keep their community clean.

“I believe a lot more can be done in terms of the cleanliness of the area, awareness in the area and how things happen. We’re still working on the issues…I’m still being brought up to speed with a number of things that are happening. But again, I still seriously have a problem with how we are keeping our surroundings…These things cannot continue to happen and I’m asking the people of St. Maarten to help us to help you so we can move forward, as at the end of the day, I keep saying all the time it’s just one small island…and our main pillar is tourism. You don’t want tourists to stop coming to this country. And if we have a filthy dirty island they will stop coming,” Emmanuel concluded.