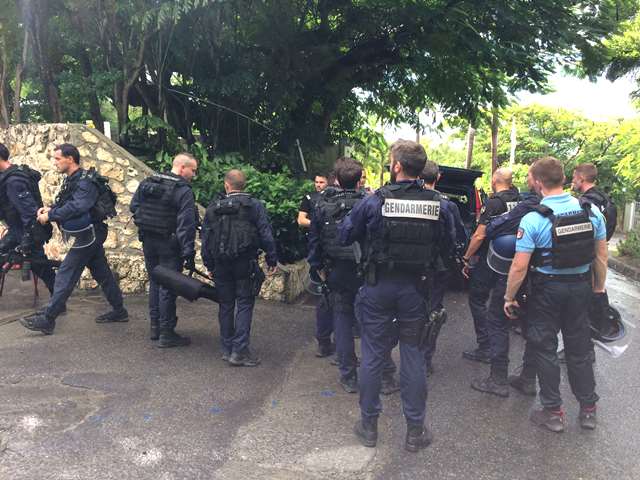 Unconfirmed reports suggested at least four masked individuals, one armed with a gun, entered the store and held the employee at gunpoint before stealing various items and escaping in a small truck towards the Dutch side. It was not known how the robbers entered the hotel premises, which is guarded by security, cameras and a remotely controlled automatic gate.

A spokesperson for the hotel told the Daily Herald the robbery did not affect the hotel itself, staff or guests, and no one was injured.

“The employee of the store has given a statement to the Gendarmerie. She was not hurt and contrary to comments on social media there was no hostage situation,” the spokesperson added.

At this writing Gendarmerie Captain Emmanuel Maignan could not be reached to obtain more specific details of the robbery, what was stolen, how many suspects there were and if they are still at large.

At approximately 1:45pm an estimated 30 armed Gendarmes with riot gear were seen leaving the hotel premises in an assortment of trucks and vehicles. A forensics team and the French Fire Department (Pompiers) were also present.