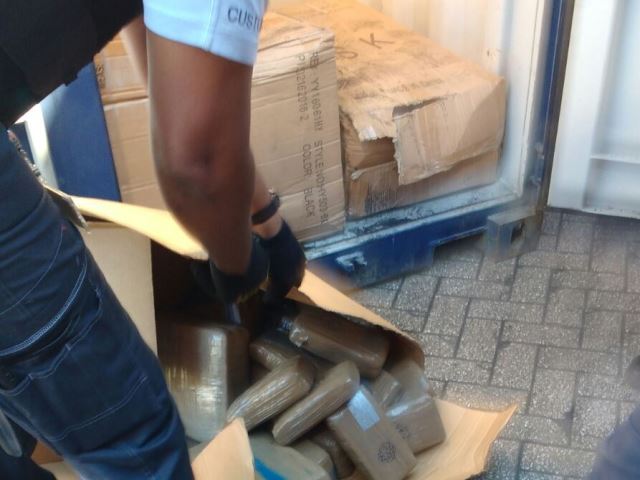 PHILIPSBURG – Customs Officers early Monday morning, December 5, at 2:30am, confiscated 360 kilos of marijuana from a container that arrived in St. Maarten coming from Curaçao via Jamaica.

The drugs were found after a regular check on containers entering the Harbor. Head of Customs Anthony Doran said the marijuana was in boxes and was visible as soon as the container was opened.

Police authorities and Customs are now conducting an intense investigation to determine who the marijuana belongs to. No further arrests have been made.

Due to ongoing investigations, no further information can be released at this moment.