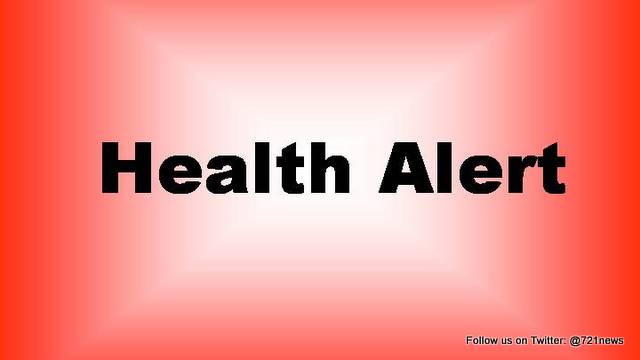 Since November 3, cases have been confirmed in France, the Netherlands, Germany, Austria, Denmark, Finland, Sweden, Ukraine, Russia, Hungary, Poland and several others.

The outbreaks in various European countries have affected farm birds as well as other water fowl such as ducks, wild geese and swans.

The Collective Preventive Services (CPS), a government department under the Ministry of Public Health, Social Development and Labour, is closely monitoring the situation in Europe.

While highly pathogenic for domestic poultry, the human health risk of the Tyva 2016 strain of H5N8 virus is probably low, according to available evidence, the Food and Agriculture Organization (FAO) concludes. To date, no cases of Influenza A in humans caused by avian influenza viruses have been associated with H5N8 viruses. Nevertheless, FAO is making the following recommendations: dead birds should not be handled or prepared for food; authorities should be notified of any mortalities; bird carcasses should be properly disposed of after sample collection; standard hand hygiene practices should be followed by anyone who might come in contact with bird droppings or dead birds; swimming in water that is potentially contaminated should be avoided; any poultry product for consumption should always be thoroughly cooked.

The incubation period is one to seven days. The virus has the same properties in terms of the seasonal influenza flu viruses.

The symptoms are similar to the seasonal influenza symptoms. Influenza illness can include any or all of these symptoms: fever>38, muscle aches, headache, lack of energy, chills, dry cough, sore throat, and possibly runny nose.

The fever and body aches can last three to five days and the cough and lack of energy may last for two or more weeks. Influenza can be difficult to diagnose based on clinical symptoms alone because the initial symptoms of influenza can be similar to those caused by other infectious agents. Persons may also have respiratory symptoms without a fever, vomiting and diarrhea.

Prevent the transmission of the virus by adhering to cough and hand hygiene.

It was less than two months ago that FAO issued a warning that H5N8 avian influenza virus had been detected in wild birds in Tyva Republic in southern Russia and would likely spread in a south-westerly direction with the autumn migration of water birds. The virus is highly pathogenic for poultry.

These detections of H5N8 virus in wild and domestic birds are additional evidence of the role of wild birds in the long-distance movement of H5 HPAI viruses from one stopover location to another along their migration routes. This appears to be the fourth documented wave of intercontinental movement of such viruses since 2005. The role of wild birds in their long-distance movement is now incontrovertible, according to the FAO.

Countries across Europe have been recommended to be on high alert for incursions of the virus, should adopt stronger biosecurity measures on all poultry farms, and enhance their surveillance.

All countries along the migratory pathways of the Anatidae family of birds are at risk, including countries of the Middle East, the European Union, West Africa, the former Soviet Union, and South Asia.