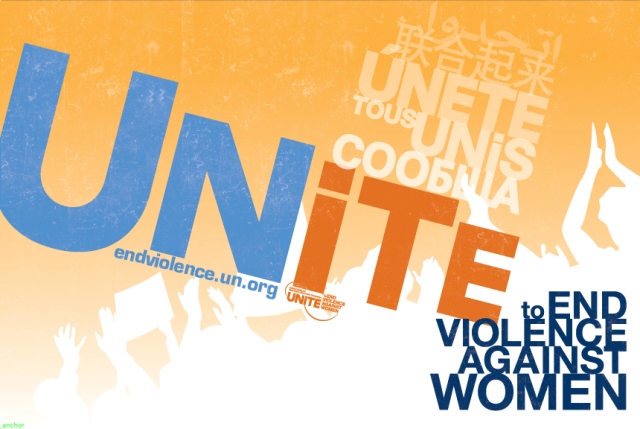 November 25 marks the observation of the Elimination of Violence against Women and Girls. This day begins the United Nation’s 16 days of activism, which culminates on December 10 with World Human Rights Day. The observation of this day aims to raise public awareness and increase political will and to mobilize resources for preventing and ending all forms of violence against women and girls in all parts of the world.

Although there have been numerous initiatives both internationally and locally, this social scourge continues to rear its ugly head in our community in a variety of ways. Violence against women and girls continues to be a taboo in society, and as a community we too often turn a blind eye to what is happening around us.

It seems as if violence is almost becoming part of our daily function. In simple conversations a high level of aggression is portrayed, on the road, in the classroom, through the media, etc.  Violence against women and girls can be seen almost everywhere. Apart from that, the perception of violence is perceived through a tunnel vision.

In that, violence against women and girls is still associated with a “black eye” and as such, other forms of violence are often overlooked, which also have severe biological, psychological and social implications.

In our society today we are witnessing a very strong underlining current of social media violence that perpetuates against women and girls, which eventually leads to other forms violence. Case in point, the video on F.B. of young girls here on St. Maarten that went viral.

Unfortunately, several persons see this as “okay” and continue to spread, repost as well as the negative comments hurled at the young ladies. Social media violence has become the accepted norm, the order of the day, nothing is absolutely wrong with it. In addition to that the manner in which females are being used as mere objects to sell activities, even promotional tools to promote candidates during elections. “Promo” girls” could be seen scantily dressed for the sole purpose of handing out election materials.

Nowadays almost any “party” activity, fetes, music shows that are being promoted have a scantily clad women, sometimes young girls, in all forms of seductive and suggestive poses. Apart from that when one scans the scenes of these events, the manner in which women present themselves causes one to wonder, what is really the objective? It was also observed in one of our local newspapers, religiously at the beginning of the week (Monday edition to be specific) there is a young woman scantily dressed in a very suggestive position with the caption “start your week off  right.” What does this imply and what is the objective of this?

As a community we seriously need to begin to connect the dots. We cannot be on the one hand advocating and encouraging the community to UNITE to end violence against women and girls when violence is indirectly sanctioned. We need to determine what our standards are as a community and country on a whole. What standards do we want for our women and girls? How do we want to socialize our girls to see their worth and value? Do we want them to grow with the perspective that nudity is the way to go?

To have an impact we need to join forces to collaborate and work together, shoulder to shoulder, men, women, boys and girls to bring about the desired and needed change as we embark on stamping out violence against women and girls in St. Maarten.