~ Additional charge against him is illegal firearm possession ~

PHILIPSBURG, Sint Maarten — The actions on St. Maarten that have been taking place since early Monday morning, November 28, 2016 in the investigation code-named Emerald will continue today November 29. 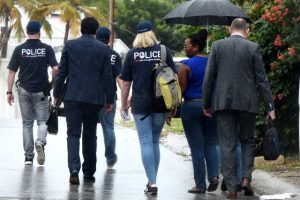 The special anti-corruption taskforce TBO of the Kingdom Detectives Cooperation Team RST, together with the National Detectives Agency St. Maarten and under the supervision of an investigative judge are searching a number of new premises.

In addition to the searches five cars have been confiscated and a number of bank accounts have been seized. In close cooperation with the authorities on the French-side also a yacht has been seized. The suspect O.A. (35) from Sint Maarten was arrested on Monday and is currently suspected of tax fraud, forgery, money laundering and illegal firearm possession.

The judge of instruction meanwhile has deemed his arrest and detention lawful.

A final press release of the searches will be made available as soon as possible. The Emerald-investigation started in April 2016, following reports in the newspapers and questions asked in Parliament about the contract signed between the suspect’s security company the port authority of St. Maarten. 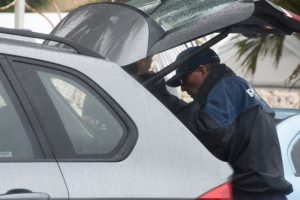 The Prosecutor’s Office will be submitting more of such claims.