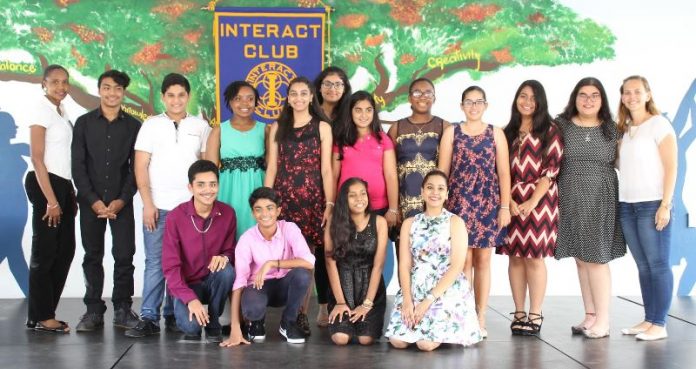 SOUTH REWARD – The Interact Club of St. Dominic High School, which is sponsored by the Rotary Club of St. Maarten-Mid Isle had their change of board in time for “World Interact Week.”

Some of their projects were, among others, Christmas baskets for senior citizens and gift wrapping fundraising, both activities during the Christmas Season.

During World Interact week Chanchal Sharma, Chantae Marae Davis, Naisha Lalwani and Sergio Dharamraj had the privilege to meet Rotary International President-Elect Ian Riseley and District 7020 Governor-Elect Robert Leger during their visit at the Rotary Club of St. Maarten-Mid Isle on November 1. They also enjoyed a question and answer session with them.