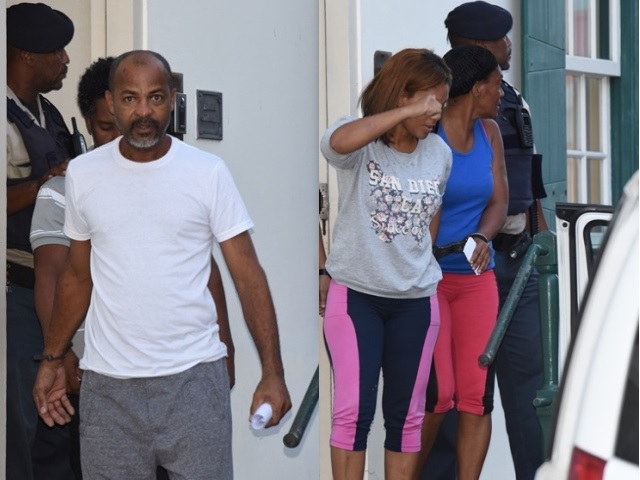 After the big fight on Back Street, which caused the mother, father, step-grandfather and grandmother to be arrested for fighting and one for stealing, the Prosecutor ordered the arrest of Garcias.

Four months ago, the parents of the two children filed an official complaint at the Juvenile Department. They accused Garcias of molesting three girls. The Juvenile Department did not do anything at the time. One of the parents told 721news, she went on numerous occasions, when she was off from work, to inquire about the case and when the man would be investigated.

The detective told her that the case was busy being investigated. However, after the case got major publicity on social media, with 5 videos showing the police brutality that took place on Friday, November 11, the Prosecutor was forced to intervene and order the arrest of the accuser.

Also on Monday, November 14, the father Chikito, mother Nicaudi and her mother and stepfather visited the Judge of Instruction to see if the entire document regarding their arrest was in order.

Lawyers Bommel and Stomp represented the suspects in the hearing. The arrest documents of Nicaudi, her mother and stepfather were not in order. The detective had made a major error in reporting the arrest dates and the day of the fight. The Judge stated that mistake could have been the result of human error.

The grandmother is set to be released today, Tuesday, November 15, by 9:00am and the other three will have to remain in jail until next week.