At 9.38 AM the Fire Department received a call about a small fire which turned out to be Ambulance on fire in front of the St. Maarten Academy PSVE School in Ebenezer.

The Fire Department arrived on the scene at 9.48 AM. The driving time to this location is approximately 8-12 minutes.

Due to the materials and equipment present in the ambulance, the fire spread rapidly and created a lot of smoke.

The presence of magnesium in the ambulance created a serious reaction when coming into contact with water. Based on that, the Fire Department decided it was better not to use a lot of water to avoid chemical reactions. The tactic was to let the fire extinguish itself in a controlled manner under the observation of fire personnel.
At 9.55 AM the fire was under control.

The school requested the Fire Department to take measurements if there were any hazardous materials present in the area. This was based on the fact that a lot of people had inhaled smoke.

The conclusion of these measurements was that there were no high levels of hazardous materials present. To avoid any issues, the school director in discussion with the Police and the Fire Department decided to close the school early.

While returning from the previous call for the measuring of hazardous materials in Ebenezer, the Head of Repression & Officer on Duty, Nico van Zand, noticed a fire in the hills above Kooyman. This was at 12.05 noon.

Upon arriving on the scene it concerned a large fire in a building. Due to the thickness of the smoke and the amount of flames, the Officer on Duty activated the so called “middle fire” procedure. Two fire trucks were sent to the scene.

The water supply to the densely built-up area is very challenging and therefore the fire was scaled up to a “large fire”. The Fire Department built up the water supply from the nearest hydrant to ensure sufficient water for extinguishing the fire.

Due to the size of the fire and the large amount of flames, the decision was taken to attack the fire from the outside. This strategy avoided that the fire would spread to other nearby buildings.

At 12.45 PM the fire was officially brought under control. 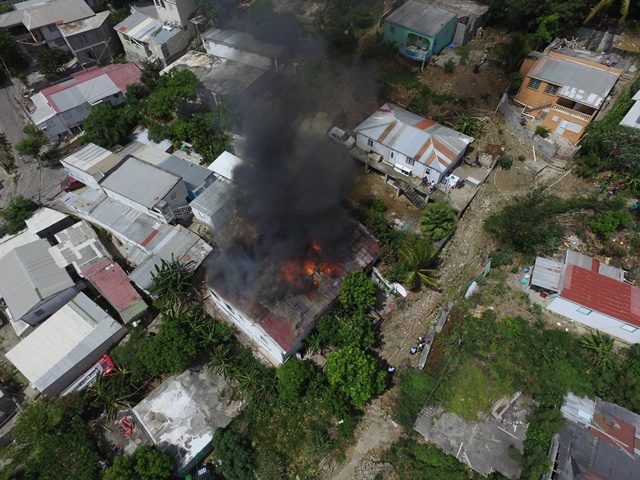 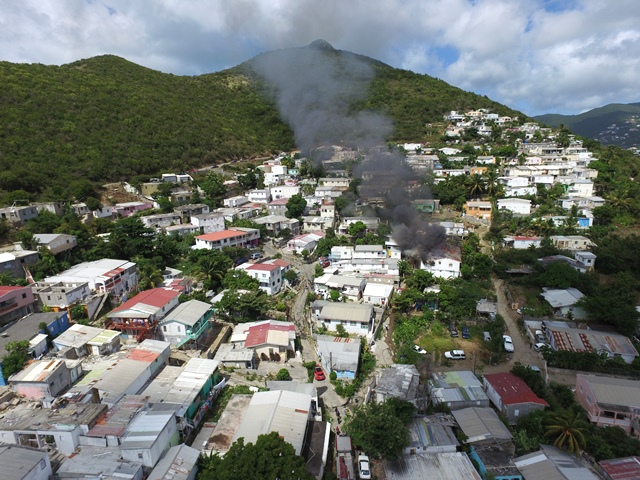 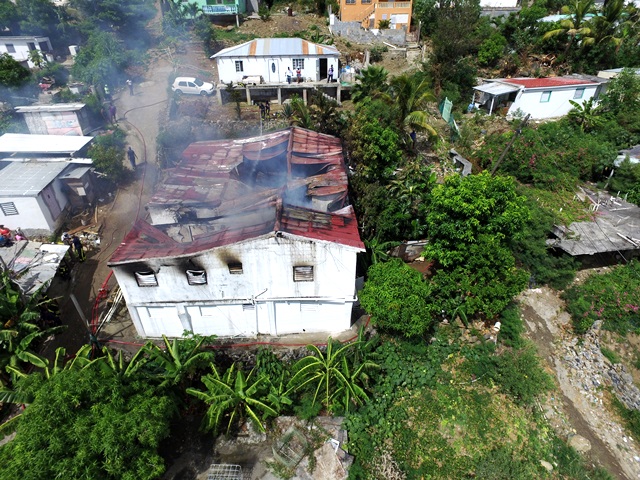