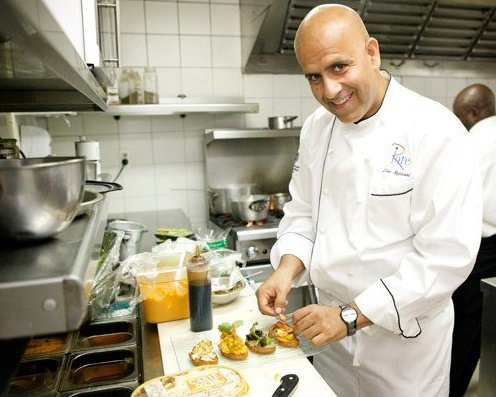 PHILIPSBURG, Sint Maarten — Restaurant chef Dino Jagtiani (D.J.) was sentenced on Wednesday, October 5, by the Court of First Instance of St. Maarten to community service of 100 hours. The suspect also has to pay a fine of US $80,550.

His company, Dino’s Corporation N.V. too has been fined a sum of US $80,550 for deliberately not complying with the obligation to pay profit tax between November 2007 and October 2011, according to General Ordinance on Taxes (Algemene Landsverordening Landsbelastingen). With its ruling the court confirmed the penalty the Prosecutor’s Office had demanded.

D.J. is the managing director and only shareholder of Dino’s Corporation. He also runs a restaurant called Rare. The court found the suspect guilty of not keeping proper business administration, and of making false financial statements in the corporation’s bookkeeping. Also the franchise agreement between Dino’s Corporation and Rare International was invented and drawn up by D.J. with the intention to pay less taxes, according the court.

The Judge, in a ruling said that the suspect committed a serious offence, which cost country St. Maarten a lot of money.

PHILIPSBURG, Sint Maarten — The Solicitor General on Wednesday, October 5, asked for a 12-year jail sentence against N.B., suspected of strangling a toddler, who was entrusted to him by his girlfriend on August 27, 2014.

The sentence asked in the appeal case is equal to the ruling by the Court of First Instance of St. Maarten. N.B. was sentenced on June 17, 2015 to 12 years in jail. The Joint Court of Justice will give its ruling on October 26.

Octopus is the code name for the investigation into vote buying fraud during the 2014 parliamentary elections. A preliminary hearing means no criminal proceedings on the contents of the case will take place.

The preliminary hearing was suspended on September 21, by the Judge of the Court of First Instance of St. Maarten to give all parties more time to formulate additional requests concerning the investigation.On October 13, the judge will take inventory of all additional requests and will also take a decision on them.

The Judge will take decision on a date for the trial as well.