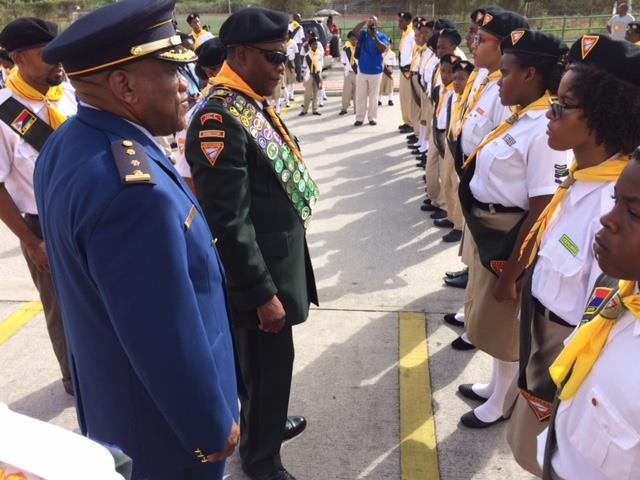 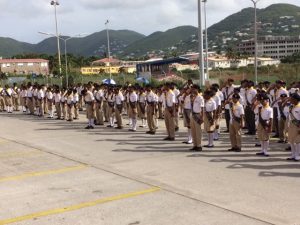 The North Caribbean Conference of Seventh Day Adventist celebrated 40 years of Pathfinders Ministry 1976-2016. This celebration took place from October 7th through October 9th 2016 on the premises of the Asha Stevens Christian Hillside School in Cay Hill.

Dr. Vincent A. David, director of the Youth and Chaplaincy Ministries extended an invitation to the Chief of Police Carl John to accompany him in the walk along inspection of the staff and uniform groups.  The police chief gladly accepted and was honored to have been part of the inspection. 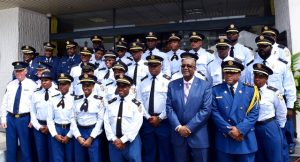 On Monday October 10th 2016 country Sint Maarten celebrated “Constitution Day”. The KPSM also celebrates this day as Police day. In connection with these celebration a church service was organized and held in the parking lot in front of the police Headquarters. Pastor Webster of the “Good News Baptist Church” in Sint Peters conducted the entire service in the presence of the Minister of Justice the Honorable Edson Kirindongo, the chief of Police Carl John, the police management and staff, other heads department head within the Justice Department.

The police department also chose this day to officially announce the commencement of the 2016 Basis Politie Opleiding (Basic Police training).