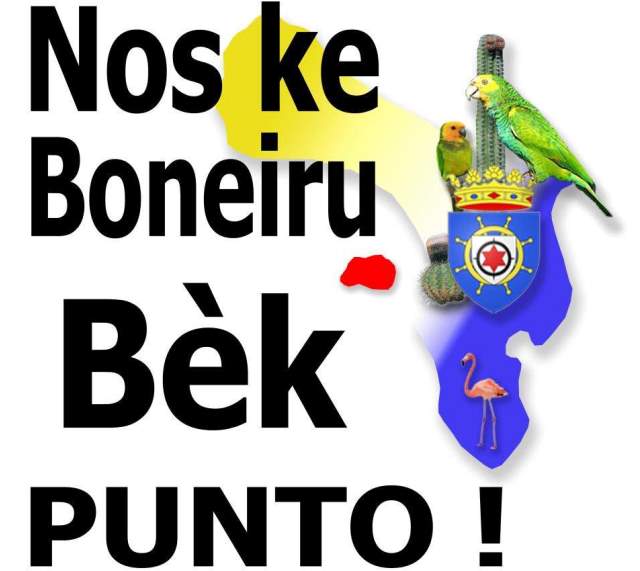 Through this I draw your attention to note my previous letter dated October 18, 2016 addressed to your Chamber and the Minister on the bills 33131, 34341 Public Entities Bonaire, St. Eustatius and Saba.

Here we warn you that you are planning on: violating the self-determination rights, violating human rights, violating principles of rule of law and democracy of the peoples of Bonaire and St. Eustatius, who have rejected the current state structure in various referendums in 2014 and 2015.

Nevertheless is your previous alibi that our people themselves have chosen for this in 2004, this illegal status and trajectory, the content of integration into your constitution, is since December 18, 2015 outdated, so our people did not themselves choose this and clearly and convincingly rejected with 5,040 “no-vote,” representing 65% of 62% of valid votes.

All previously legal attempts to legalize this state structure have so far defaulted and had no democratic or legal basis:

-Misleading referendum information campaign of 2004, with voters of minors (16 years) and immigrants with work permits mainly guest-workers without Dutch nationality and without historical bond and against the advice of the United Nations Mission;

-Single-handed destruction of the legitimate referendum-law of the people’s representatives of Bonaire, the island council in 2010 by your undemocratic appointed Lt. Governor Thode and Governor Goedgedrag against the advice of the United Nations and unfounded reasons because of self-determination-referendum, voter eligibility may be deviated from the local island council election, and that there is international jurisprudence, which consists of 20 years of residency to guarantee historical ties;

-Rejection of the Bonairean people in December 2010 referendum on the question: “I agree that Bonaire has become a public entity within the meaning of Article 134 of the Dutch Constitution”;

-The complete rejection and non-participation (80%) of the Bonairean people (and St. Eustatius) to the 2nd Chamber elections in 2012, whose objective was to legalize this illegal status by voluntarily participating in your democratic process (without any democratic perspective): 16 million Dutch vs. 16,000 Bonaireans);

-December 18, 2015 referendum rejection by 5,040, 65% of the votes entitled to and 62%, no-votes on the question: Do you agree with the interpretation given to the direct link with the Netherlands?

Thereby there is no legal and democratic constitutional basis to annexing the people of Bonaire and St. Eustatius and integrating them in your Dutch constitution and violating their self-determination (res.2625, 1514, 1541) and human rights, and I will not respect nor recognize your decision.

Hereby I, Serrio James Finies, born July 13, 1964 on Bonaire, and the other 5,039 no-voters and democratic decision and rejection of the population of St. Eustatius, formally object to this decision of disrespecting and violating my and the people of Bonaire and St. Eustatius’ fundamental rights.