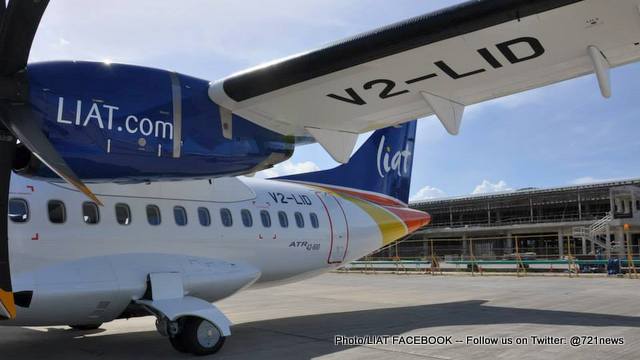 ST JOHN’S, Antigua — The Leeward Islands Flight Attendant Association (LIFAA) said it views the press release issued by LIAT’s management on October 25, 2016, as unfortunate and misleading, when acting CEO Julie Reifer-Jones maintained that the airline has sufficient crew to operate the current schedule.

The release stated that the airline employs 76 cabin crew and that LIAT’s crew sickness levels for 2016 equates to 13%, a pattern that has been in existence for some time. It was also stated that, so far this year, LIAT has cancelled 261 flights and delayed a further 564 due to crew sickness.

“LIFAA over the past years, despite pressure from many quarters, has maintained its silence and has refused to speak publicly on certain matters with regards to LIAT. However, the company has brought some of these matters pertaining to our members to the public, we are left with no other choice but to respond. We would have preferred if management would have discussed these issues with LIFAA internally.

According to LIFAA, LIAT does NOT have 76 cabin crew members, and said it is surprised that even something as simple as knowing how many crew members the company has is unknown to management.

“Our last count put cabin crew at 56 operational members. There are another 12 on extended leave due to injuries sustained on the job or maternity leave. LIFAA would like to categorically state that LIAT is indeed short of crew members,” it continued.

LIAT does indeed have less crew because they have fewer planes, LIFAA noted, but the schedule has not been adjusted to achieve maximum efficiency. Currently, due to poor scheduling, if two cabin crew were unable to make it to work on any given day, there will be several cancellations.

“How could an airline be run this way?” the flight attendants asked.

Earlier this year, the airline made several cabin crew redundant, reportedly against the strong advice of LIFAA. At that time, they claimed they had more crew than was needed. Fast forward a few short months where, after taking the decision to make redundant several trained and experienced crew members, LIAT is apparently in a panic mode and has begun hiring new crew members to replace and even add to those already made redundant.

These cabin crew members will need approximately two months to be trained before they can be put on active duty. This means that during the airline’s peak Christmas season, new crew members will be on training, as well as existing crew members will have to be taken off flights to train these new members, instead of having all hands on deck.

LIFAA said it is certain it can be agreed upon that this lack of proper planning and ineffective management is highly inefficient, especially considering that it warned of this foreseeable debacle.

“LIFAA longs for the day when management realizes that it does NOT have all the answers. It takes a team effort to run LIAT in the best interests of the travelling public. We have tried our best to assist management on some of these very issues, and we have made repeated sacrifices, but our solution oriented advisories always seem to fall on deaf ears,” the flight attendants said, adding, “Misleading statements to the public by LIAT is not the way forward. Accepting full responsibility is.”

LIFAA said it will not standby and allow management to use its cabin crew as scapegoats, in order to hide from the public its ineffective management and incompetence in airline operations.

LIFAA confirmed the accuracy of the recent statement made by Leeward Islands Airline Pilots’ Association (LIALPA), in that there is indeed an existing roach infestation problem, but it is not only in the cockpits but in the passenger cabins as well.

“We have already expressed our concerns about the type of chemicals being used to rectify this situation and have asked management for more details as to the harmful effects these chemicals can have on human health,” the flight attendants said.

LIFAA also agreed with LIALPA’s statement that, even though LIAT recorded a profit in the first half of this year, management has yet to recognize that this would not have been achieved without dedicated and hard working flight and cabin crew. There would have been no profits achieved if cabin crew did not make the sacrifice of working 12-13 hours per day, and without the company scheduling meal breaks, the flight attendants noted.

“LIALPA is telling the travelling public the truth, and we stand in solidarity with them, because hiding the truth to cover managerial and operational flaws does not help LIAT to be successful,” LIFAA said.

LIFAA assured the travelling public that it will continue to be committed and dedicated to serving passengers to the best of its ability, and to ensure that they receive the “reliable” product that they desire and deserve.

“However, we can only do so much, as we are not responsible for making managerial decisions such as crew employment, working conditions, operational scheduling, and other critical matters.

“We hope that management will refrain from making inaccurate statements to the public, where we will always be ready to clarify and set the record straight, LIFAA concluded.