UPDATE:
Ambulance caught on fire while responding to an Emergency Call

EBENEZER – An Ambulance vehicle L-152 (unit 4) caught fire in the vicinity of Ebenezer on Thursday morning. In the report issued by the Head of the Ambulance Department drs. Cylred Richardson, the Ambulance responded to an emergency call for a security guard who fell ill at the St. Maarten Academy PSVE.

The ambulance driver reported that while awaiting the arrival of the Fire Department, he heard a bang (explosion) and about 5 – 10 minutes thereafter a louder bang from the ambulance that was ablaze.

The patient was transported to SMMC with the second ambulance and crew for the emergency call that was requested initially.

Head of the Ambulance Department Cylred Richardson said that the Ambulance has been serviced regularly, and was put back into service just yesterday after being serviced. He also indicated that the incident will be investigated by the relevant authorities. 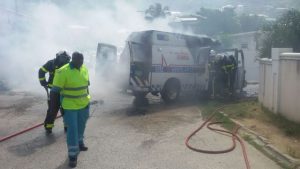 EBENEZER, Sint Maarten — An ambulance that was dispatched to pick up a security guard, who fell ill at St. Maarten Academy PSVE, suddenly caught on fire.

When ambulance personnel arrived at the scene, while reversing the ambulance into the school, bystanders notified Paramedics that the vehicle was smoking. By the time they responded and called the Fire Department, the ambulance was gutted by flames.

Eyewitnesses reported to 721news that 3 very loud explosions were heard coming from the inside of the ambulance. The vehicle was completely damaged by the fire, and the Fire Department was unable to stop the damage. 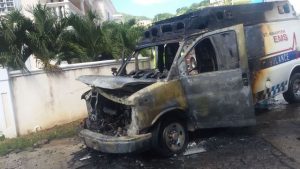 No one was hurt in the fire, and the Police Fire Department is busy investigating what really happened to cause the ambulance to go up in flames.

Additionally, this hampers the Ambulance Department because they now have one vehicle less to attend to emergencies.

Management of PSVE School took a decision to close the school because of the smoke that permeated the school. Government is busy calling all public school busses, in charge of picking up the students of that school, to report to the school ASAP to start moving the school children.

Below are some pictures and a video of the fire: 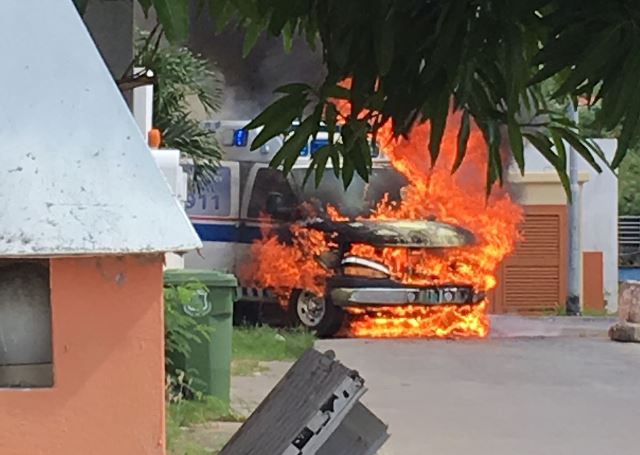 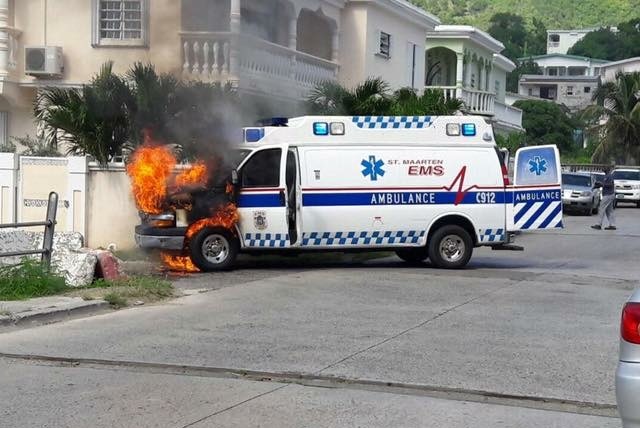 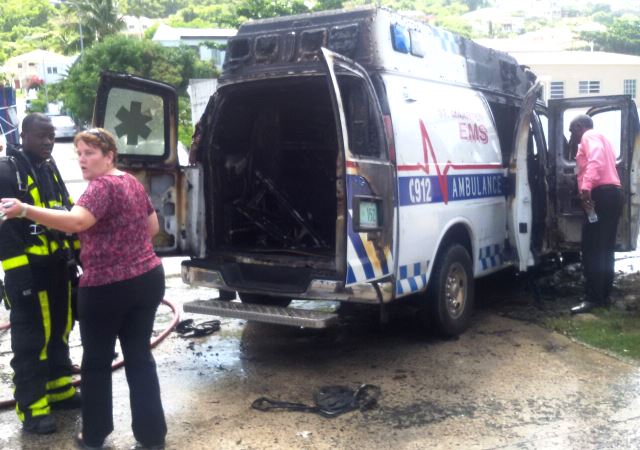 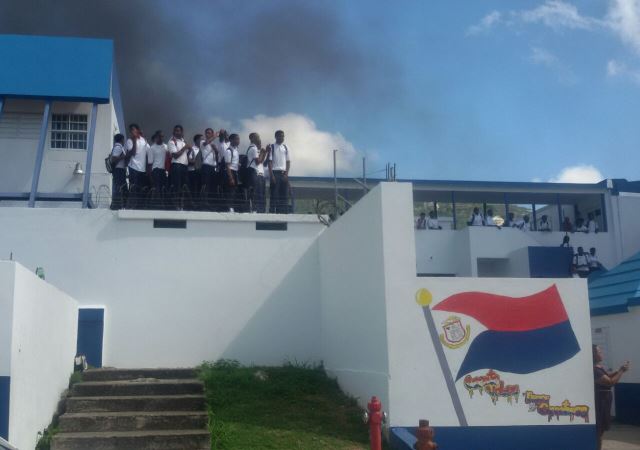