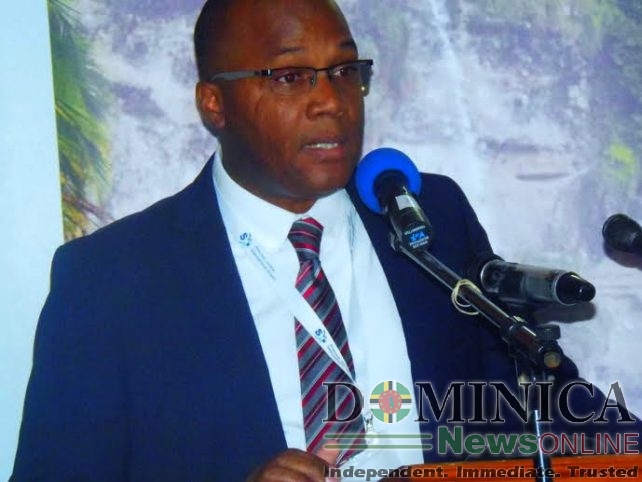 By the end of 2018, there should be 160 new hotel rooms in Dominica as a result of the Citizenship by Investment Program.

This was disclosed by Minister of Tourism Robert Tonge during a presentation to journalists on Monday at the State Of The Tourism Industry Conference (SOTIC) held by the Caribbean Tourism Organization in Barbados.

“In terms of hotel stock, we have not had as much development as we would like. We have this program called the Citizenship by Investment Program, as you are aware several people around the world are looking for an additional citizenship that allows them to travel around the world. In Dominica there are two options, a person can achieve citizenship or purchase a citizenship with a real estate option,” Tonge told several international and regional journalists at the Hilton Hotel.

The Minister stated the real estate option will do a lot for Dominica because it allows a person to purchase a Dominican citizenship and invest in the island’s hotel plant.

He stated that two hotels are already being constructed as a result of the Citizenship by Investment Program.

According to Tonge, by the end of 2018, there should 160 new hotel rooms in Dominica as a result of the program.

“In addition to the Silver Beach Resort will be providing an additional 200 rooms, we are hoping to break ground on that project in 2017,” Tonge said.

He disclosed that Sam Raphael, the owner of Jungle Bay Resort & Spa which had 95 percent of it rooms destroyed by landslides caused by Tropical Storm Erika in 2015, is building a new, upgraded hotel in the south of the island under the auspices of the Citizen by Investment Program.

Tonge, who provided a comprehensive update on the development of the hotel plant in Dominica,revealed plans about several hotels that are expected to be built or refurbished on the island within the next two years.

Among them are the old Bharat Estates and the new Tranquility Hotel which will be branded by the Hilton Hotels under the Curio brand.

“The Tranquility hotel will be a major asset for Dominica in our attempt to market the island as a tourist destination. The government is planning to attract other major brand name hotels to the island”, Tonge said.

He explained that previously all of the hotels in Dominica were three-star, but those that are build under the Citizen by Investment Program will be four-star.

The minister also stated that the government is not depending on the Citizen by Investment Program alone to assist with the development of the tourism industry on the island.

“The government has established a loan facility with $15-million at an interest rate of 7 percent to help assist with the development of hotels in Dominica”, Tonge said.

A nexus between the agriculture sector and the tourism industry is an area the government will be pursuing with vigor.

The minister was lavish in his praise for Dominica, which he described as “a nature island in terms of soft adventure”.

Tonge told journalists the island has several unique attractions including the Boiling Lake located at the Morne Trois Pitons National Park which is the second largest of its kind in the world.