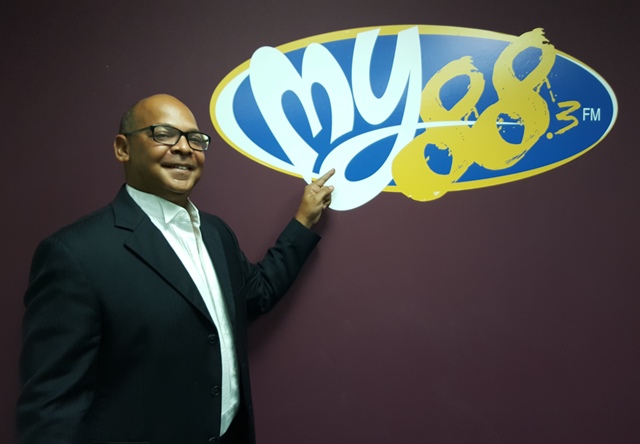 SIMPSONBAY, Sint Maarten — My88.3FM radio in St.Maarten will be broadcasting a special Election night program called “ The Road to Parliament 2016”. The live broadcast hosted by Ronny Busby will commence at 7pm with a panel of experts and professionals who will be discussing a range of topics relating to the 2016 political campaign, Historical facts of the voting population, the make-up of the Political parties, the trends, the challenges and 15 important seats in Parliament.

Throughout the broadcast the listeners will be kept up to date on the latest information from the   Central Voting Bureau out of the Parliament building in Philipsburg.

According Ronny Busby,” We have invited some interesting persons for this broadcast who we believe are very capable, knowledgeable and have the ability to analyze not only the political campaign, but also the trends of the voting population backed by historical information”.

The all- star panel for the live broadcast on MY88.3 will be include Mr. Ralph Richardson, attorney at law, former Lt. Governor of Sint.Maarten from 1983 to 1992, legal advisor to Parliament’s Permanent Committee for Kingdom Affairs and Inter-Parliamentary Relations, former Minister of Constitutional affair in the Netherlands Antilles, Mr. Franklyn Richards LL.M, a former Lt. Governor of Sint.Maarten 2000-2010, he is currently the Managing Director of Seven Seas water on Sint.Maarten.

Mr. Jeroen Veen, attorney at Law, deputy member on the Sint. Maarten Electorate Council and former Chairman of the Board of the USZV, he also functions as external corporate counsel mainly in the field of real estate, corporate law and corporate governance.  Mr. Brian Mingo, CCO at Telem, Mr. Mingo will be working with a unique computing program during the broadcast to evaluate all the election data.  The computer program was developed by his father, the late Frank Mingo.

In Addition to those experts mentioned above, we have other persons who will contribute their voice to the discussion on election night 2016 on My88.3 FM