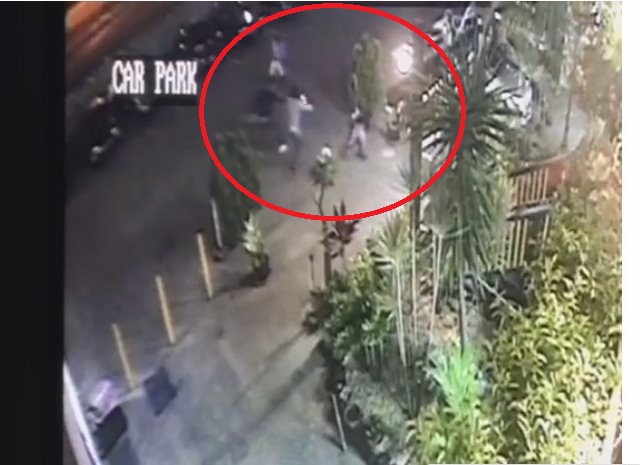 BARBADOS — The brazen shooting of Ricardo Bryan in the Lucky Horseshoe restaurant carpark has been captured on surveillance security cameras.

That video is now making the rounds on social media, prompting the police to make an appeal to the public.

The 32-second video shows the moment Bryan was gunned down in Lucky Horseshoe’s carpark.

He says police have often criticised the sharing of gruesome or sensitive video and pictures on social media, given the impact it could have on the victim’s families.

He added however, that there must be a balance between being sensitive to the victim’s families and the benefits that could come from the public seeing the video in this case.

In fact, he is appealing to anyone who has seen it and can identify any of the shooters to contact the police at the emergency telephone number ” 211″, crime stoppers at 1-800 -tips (8477), or the nearest police station.