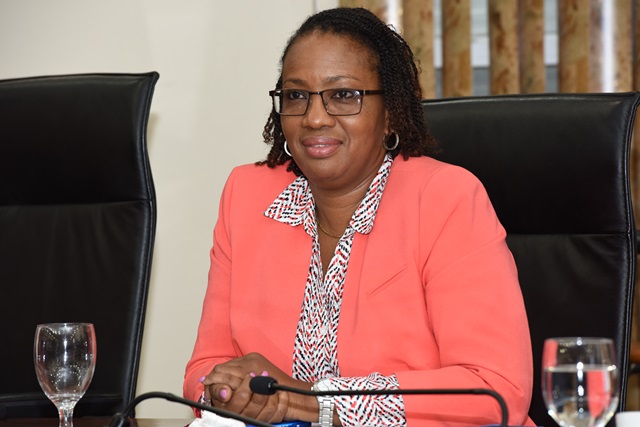 PHILIPSBURG – Minister of Education Silveria Jacobs on Wednesday, September 21, unveiled the new ICT program for students and schools on the island: Inspiring Students with Technology in Education Project (ISTEP).

The Minister said the action plan of the ISTEP Committee has been completed. Additionally, the committee will assess the skills of the management and teaching staff of the various schools during the month of October while software and additional hardware will be purchased starting this month.

The Minister explained that the one tablet project, which was promoted previously gave the impression that each student would be given a tablet computer. That, she said, is not the case. “The initiative, as it is currently known among stakeholders and the general public, is one tablet per child or ICT in the classroom. Although this name is quite catchy and is globally recognized, it is misleading for the following reasons. Misinterpretation of the project: many persons believe that the project aims to give every school going child on St. Marten a tablet that they can take home. This is a misunderstanding,” Minister Jacobs stated.

“It is also believed that every child will be assigned a tablet in school. This is not the case as the project aims to promote 21st century thinking,” she elaborated. She explained that the project is not just about tablets, but using IT in the best manner possible to gain further knowledge in IT and enhance the children’s learning experience.

Minister Jacobs explained how the ISTEP program works, stressing that each school will be given two computers per school for use by students, and a program in place to train teachers. “The implementation will start within the public schools in two classrooms per schools except the Prins Willem Alexander School, which will get a total implementation,” she disclosed. The public schools will get one computer each for Cycle 1 and Cycle 2.