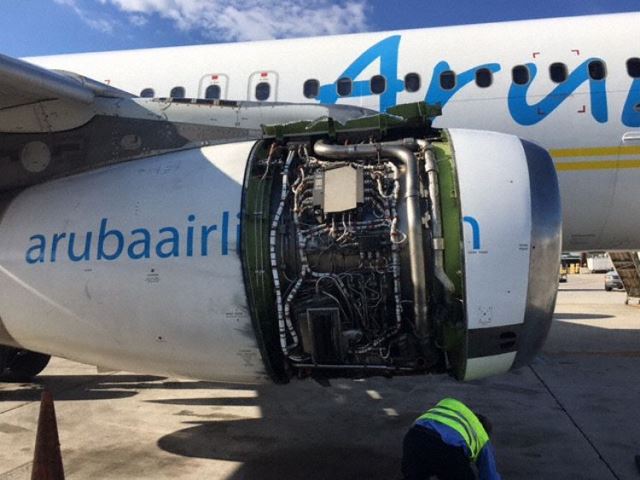 An Aruba Airlines Airbus A320-200, registration P4-AAA performing flight AG-820 from Miami,FL (USA) to Aruba (Aruba), departed Miami’s runway 08R and was climbing out when the crew stopped the climb at FL220 after the outboard fan cowl had separated from the right hand engine (V2527).

The crew advised ATC it appeared an outboard panel on the right hand engine had blown away, they weren’t sure whether it had really detached, it wasn’t visible from the inside of the aircraft.

Everything was normal for now, as a precaution they decided to return to Miami. The aircraft landed safely on Miami’s runway 09 about 40 minutes after departure.