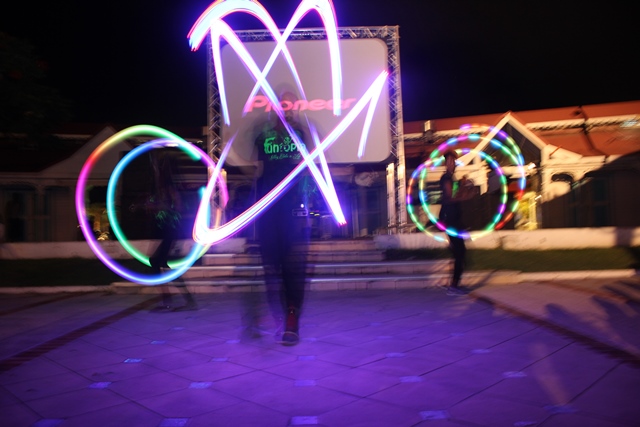 PHILIPSBURG – In February of this year, the members of the Funtopia Youth Initiative (FYI), which provides training and talent development, started a workshop for mastering the art of an international technique called Poi, under the training of Dutch instructor Elle Smith.

In addition to several spinning techniques, students learnt the history and safety procedures for performing poi. “POI” is the Maori word for “ball” on a cord. POI was used, many years ago, by the indigenous Maori people of New Zealand. The POI dance was originally used by the Maori women for keeping their hands flexible for weaving, and by the men for strength and coordination required during battle. POI are also used as a training aid for other ancient weapons like the Mere or Patu (Short club).

Over the years, the traditions have been adapted throughout Europe as a form of entertainment creating other adaptive styles of Poi with the use of LED technology. FYI Members also learnt the art of Fire spinning or Fire poi. The art of dipping poi balls into fuel and lighting them on fire did not occur until the mid-20th century, as a progression of the Samoan fire knife.

The popularity of fire poi, fire staff, and fire knife at Hawaiian performances known as “luaus” inspired many other types of fire instruments such as fire fans, fire umbrella, fire balls, and fire whips. These methods are the advance level of poi, which the students will learn as they progress in their training.

Founder of FYI Lucinda Audain is proud to announce the successful completion of the first phase of the training, and encouraged the members to continue striving for success as they embrace the different trainings provided to them. 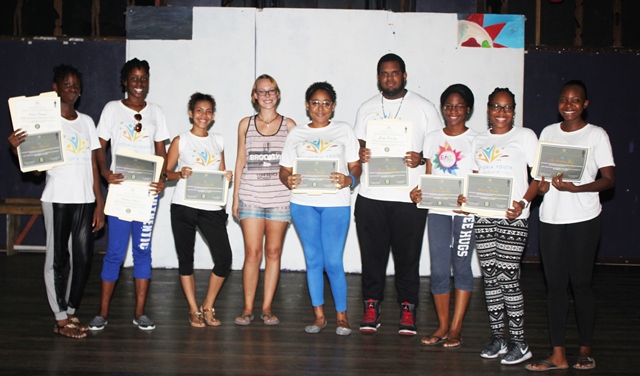 Members that were awarded certificates for participation were: Latifah Wilson, Tamica Damier, Daniela Garcia, Travis Richardson, Thomas Simon, Crystal Blackett, Sue Kishana Bera, and Sandrine Jerome. There were other members that were recognized for their outstanding performance during train which were: George Woodley, Denise Edward and Shammy Edward.

Since their training started, the group has already done performances around the island at different events and on surrounding islands such as Saba, Statia, Anguilla and Dominica at different festivals. “Our aim is to share our new passion and love for Poi as we showcase the skills learnt,” a statement said.

FYI will host its next master intense workshop December 2 and 3, where they will welcome internationally recognized stilt walker out of Trinidad Adrian Young. These workshops will be open for FYI members and non-FYI members between the ages of 8 and 16.

Interested persons can register before November 15 by emailing fyi@funtopia.net or visiting the Funtopia office on Welfare Road 111, Cole Bay, downstairs of Le Shore Night Club. For more information call: (721) 520-2138 or 544-4922.