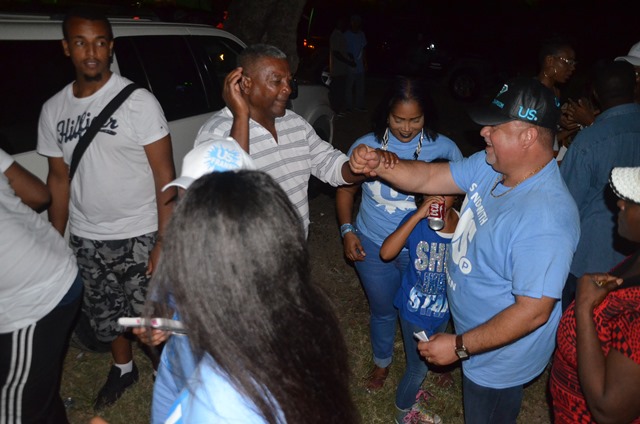 PHILIPSBURG, Sint Maarten — Member of Parliament and leader of the United St. Maarten (US) party Frans Richardson stated recently that he remains very hopeful in the future of St. Maarten primarily because he believes in the people of St. Maarten. This belief he said, is not grounded in the typical political rhetoric, but in the fact that St. Maarteners “are a resilient people who always finds a way through.”

MP Richardson acknowledged that like everyone else, he feels the disappointment many people carry over what has happened politically since 10-10-10. He said the vitriol expressed on social media by St. Maarteners towards their elected representatives and, regrettably, towards each other, is a by-product of how people are feeling about St. Maarten in 2016.

However, despite all of that, Richardson said he is hopeful about St. Maarten’s future because he believes St. Maarten had to go through what it did as a young democracy in order to finally mature and move forward. What is needed now, he added, is serious and mature representatives in whom the people can believe.

He was not shy in identifying his party as an example of serious minded people who, as the last eight months shows, puts people first and gets the job done. Richardson said his party is still a very young party at just two years old, but has demonstrated that getting things done for the people is not a political slogan. “What we have managed to accomplish in a short period of time could only have been accomplished with steadfast focus on priorities. It wasn’t self-interest or self-benefit. It was a people-first principle that led to real results,” Richardson said.

“When you do what you promise to people or when you do what people expect of their elected representatives, you instill good faith in your people and they tend do their part as well. When they believe that you are genuine and will put their needs first, St. Maarteners have always shown that they will go the extra mile. Our people are also a forgiving people who allow second chances but you cannot take advantage of that, you must work on their behalf,” he said.

He said the USp’s message this election cycle has been one of believing in the future of St. Maarten because its candidates are serious about that future. He said there are new candidates on the USp that should instill great hope in the electorate. “Young, knowledgeable educated candidates that are eager and full of great ideas and initiatives for St. Maarten. With our mix of experience and youth, it gives me great hope in the future of St. Maarten,” Richardson said.